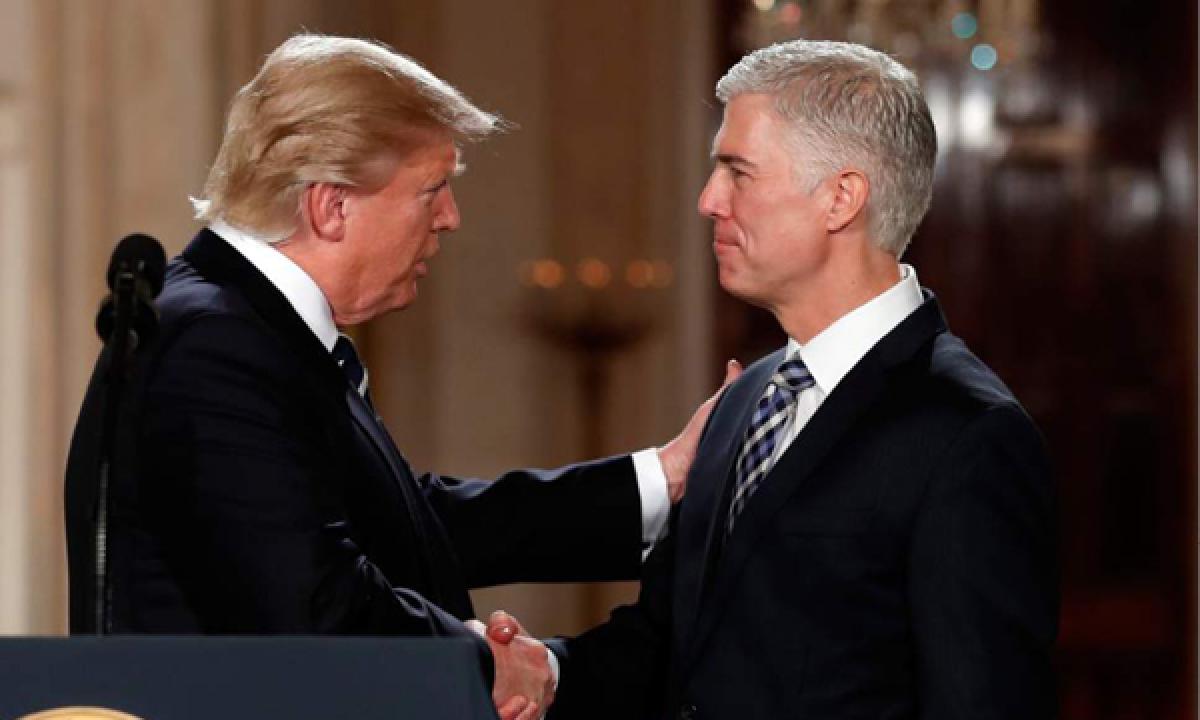 US President Donald Trump has nominated Judge Neil Gorsuch as the new Supreme Court Justice, after the top court was evenly divided between Democrat and Republican appointees since Justice Antonin Scalia died last February. Gorsuch, a 49-year-old judge at the US Court of Appeals in Denver city of Colorado, is the youngest nominee in 25 years to the lifetime position.

Gorsuch, a 49-year-old judge at the US Court of Appeals in Denver city of Colorado, is the youngest nominee in 25 years to the lifetime position.

As expected, Trump's Tuesday night choice will reinvigorate the court's conservative bloc and make the Supreme Court lean right, though the trend may be tempered by the occasional liberal votes of Justice Anthony Kennedy.

However, Supreme Court nominees can be filibustered in the Senate.

Trump on Tuesday night said Gorsuch, who cites Scalia as an inspiration, "has outstanding legal skills, a brilliant mind, tremendous discipline and has earned bipartisan support".

According to CNBC, Trump promised to nominate a judge who took conservative stances on issues including gun rights and abortion.

The President made the announcement in the East Room of the White House in a primetime address.

When he accepted the nomination, Gorsuch cautioned against judicial overreach based on policies judges want to see.

"It is the role of judges to apply, not alter, the work of the people's representatives. A judge who likes every outcome he reaches is very likely a bad judge, stretching for results he prefers rather than those the law demands," Gorsuch said.

Gorsuch was nominated to his judgeship in 2006 by then President George W. Bush.

"Given his record, I have very serious doubts about Gorsuch's ability to meet this standard. Gorsuch has repeatedly sided with corporations over working people, demonstrated a hostility toward women's rights, and most troubling, hewed to an ideological approach to jurisprudence that makes me sceptical that he can be a strong, independent Justice on the court," Schumer said in a statement.

Protests were held outside the Supreme Court against the choice.

The Supreme Court hears fewer than 100 cases a year and the key announcements are made in June, BBC reported.

It is likely to hear cases on voter rights, abortion, racial bias in policing and US immigration policy, and possibly on Trump's controversial executive order banning refugees.