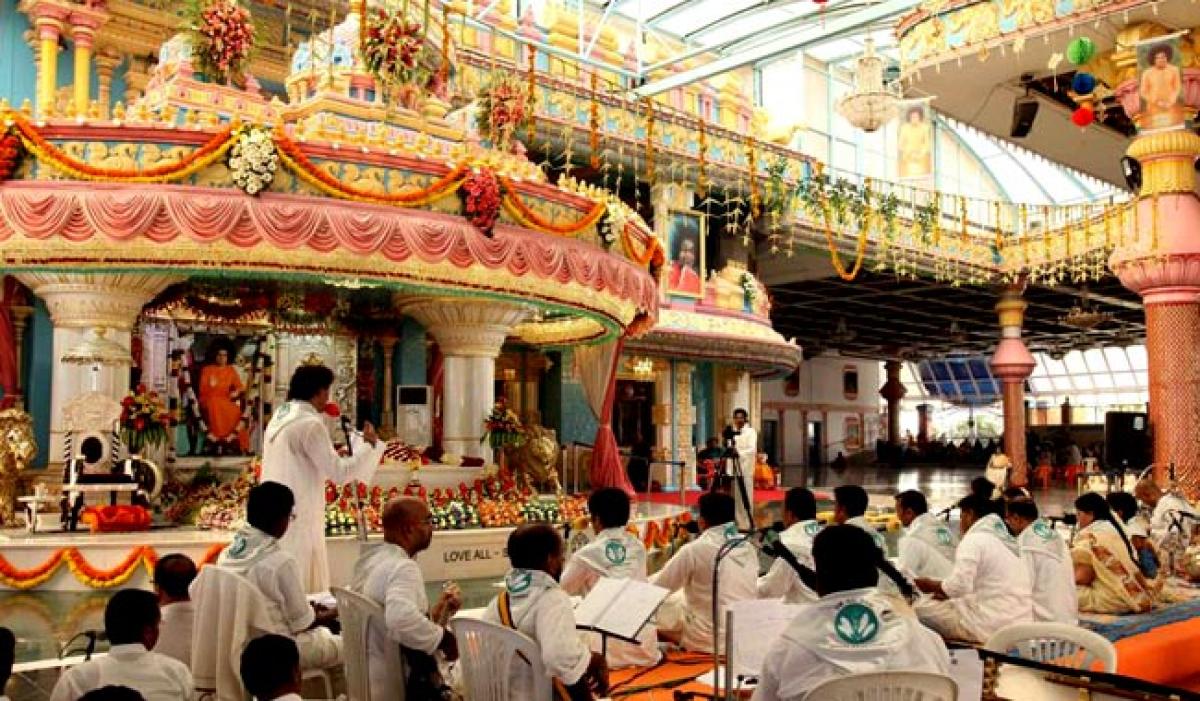 Vishu, the vernacular New Year was celebrated by Malayalees all over the world yesterday, 14th April 2016. Coming up under the banner, "White Feathers", the team of 21 musicians, both men and women, played for a full hour presenting a mix of melodies that included a 'Jai Ganesh' number, a Malayalam mix of popular Guruvayoor Krishna devotionals, a Bhajan Medley to end with a Sri Rama devotional, an apt offering on the occasion of holy Sri Rama Navami.

Sri Girish Suryanarayan led the team of musicians, conducting the show. "White Feathers" is a band of musicians comprising of active Sai Youth from the State.

Bhajans continued and the session concluded with Mangala Arathi at 0930 hrs.