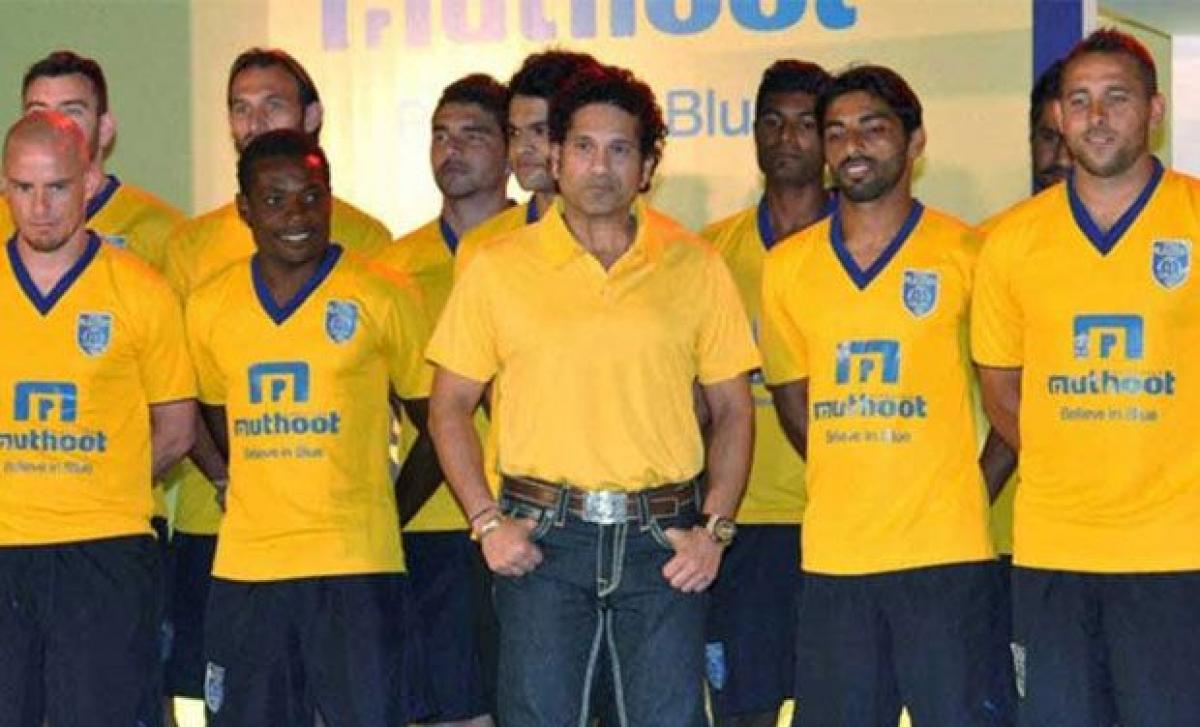 'IPL developments are shocking and disappointing'

New Delhi (PTI): Breaking his silence on the raging spot-fixing scandal, Sachin Tendulkar on Friday said that the developments of the last two weeks were "shocking and disappointing" and the faith reposed by the millions of fans in the game should be justified.

He said the authorities must take sincere steps to get to the root of the issue and ensure that credibility of the game is restored. The champion batsman, who retired from IPL after his side Mumbai Indians won the title recently, said as a cricketer he has always learnt to play in the true spirit of the game.

"It has always hurt me when the game of cricket is in the news for the wrong reasons. The developments in the last two weeks have been shocking and disappointing. As cricketers we are always taught to go out, fight hard, give our very best and play in the true spirit of the game," Tendulkar said in a statement.

"The faith reposed by the millions of fans should be justified and we owe it to them to ensure that Indian cricket is all about pride and joy," the statement added. It assumes great importance since none of the current Indian cricketers have spoken on the issue, since it broke out about two weeks ago.

Indian skipper Mahendra Singh Dhoni has steadfastly refused to speak on the scandal, apparently under a gag order from the BCCI. He evaded questions on spot-fixing at the pre-departure press conference in Mumbai on Tuesday and also did the same at the media interaction in Birmingham on Thursday ahead of Champions Trophy.

The only thing Dhoni said at the press conference in Birmingham was that Indian cricket's reputation was not "gone" and that some people were "slightly mentally weak" compared to others. He said that he will speak when the time was right.

New Delhi (PTI): Two top BCCI officials - secretary Sanjay Jagdale and treasurer Ajay Shirke � onFriday quit from their respective posts in a bid to put pressure on beleaguered Cricket Board President N Srinivasan in the wake of the IPL spot-fixing and betting scandal.

Jagdale said he quit from his post as he was deeply hurt by the current crisis that has hit Indian cricket. "Yes, that's true, I have resigned from the post of honorary secretary of BCCI," Jagdale said. "I don't want to comment further but I am deeply hurt by the recent developments in Indian cricket. I thought it's better to get out so that some new faces come in and deal with it in a better way," he added.

Jagdale said he would no longer be part of the three-man inquiry commission set up by the BCCI to go into allegations against Srinivasan's son-in-law and CSK Team Principal Gurunath Meiyappan, who was arrested on charges of betting in IPL, and Rajasthan Royals franchise.

Shirke also confirmed his resignation. "I have spelt out my reasons (for resignation). I don't want to comment any further. I have already spoken to the media at length," Shirke said. Buckling under pressure on him to quit, Srinivasan has convened an emergency meeting of the Board's all-powerful working committee on June 8 to discuss the current crisis.

All Vice-Presidents may resign Mumbai: All five vice-presidents of BCCI are set to submit their resignation, if media reports are to be believed, after Treasurer Ajay Shirke and Secretary Sanjay Jagdale had resigned from their respective posts on moral grounds. According to a source that all five vice-presidents � Sudhir Dabir, Niranjan Shah, Chitrak Mitra, Shivlal Yadav and Arun Jaitley are not keen on continuing their respective posts in the board.