One day I will play for Barcelona, says Ousmane Dembele 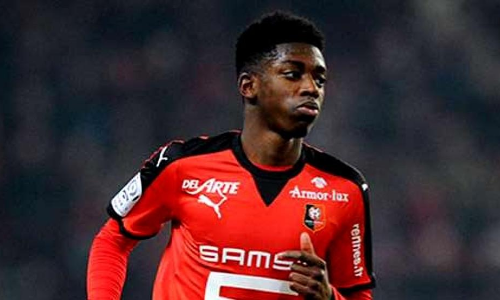 Borussia Dortmund striker Ousmane Dembele is reported to have told Barcelona\'s technical secretary Robert Fernandez that he wants to play for the Catalan football giants in the future.

​Munich: Borussia Dortmund striker Ousmane Dembele is reported to have told Barcelona's technical secretary Robert Fernandez that he wants to play for the Catalan football giants in the future.

The 19-year-old attacker joined Borussia Dortmund in summer from Rennes, although Barca were one of many top clubs who showed an interest in signing the highly rated player.

Dembele has got off to a sterling start in Germany, having played in every game for Thomas Tuchel's men so far this season in all competitions.

The France international said he hopes to take a step beyond the Bundesliga club, though Barca is his main destination.

"Not now, because I want to grow and be a protagonist every Sunday," Mundo Deportivo claimed he said to Fernandez when approached earlier in 2016. "But one day I will play for Barcelona."

Dembele has scored one and set up four in 10 appearances in all competitions this term. He is contracted to Dortmund until 202