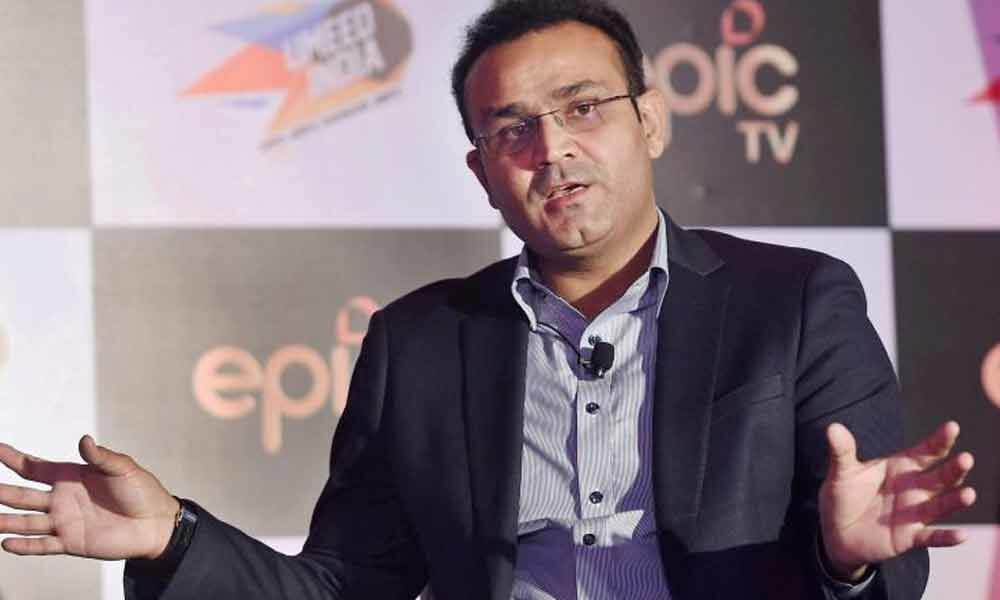 Sehwag said the current generation of cricketers should be thankful to Sachin Tendulkar, Rahul Dravid and Anil Kumble for fighting for them.

Financially more secure than athletes in any other sport in India, the current generation of cricketers should be thankful to Sachin Tendulkar, Rahul Dravid and Anil Kumble for fighting for them, feels former batting star Virender Sehwag.

Referring to the trio's fight for share in BCCI revenue for players back in 2001-02, Sehwag said it went a long way in guaranteeing financial security that is enjoyed by the current crop of players.

The BCCI is on the cusp of having its own Players' Association within the next few days but the seeds were first sown by Tendulkar, Sourav Ganguly, Dravid, and Kumble had formed a 'Players' Association' demanding a share from the BCCI's TV rights deal.

"We had to fight to get a share of revenue from BCCI but I don't think there is any such precedence in any other sport. Had the likes of Tendulkar, Dravid, and Kumble not fought for our rights, we wouldn't have been where we are today," Sehwag said on the sidelines of newly launched IPKL Kabaddi League floated by the New Kabaddi Federation (NKF) and aired on DSport.

"If you see, there was no friction after that," he added.

The context of his comment was IPKL organisers committing 20 percent of their revenue reserved for players.

"If IPKL is sharing 20 percent revenue for players, it's a good thing. Other sports can learn from this move," said Sehwag.

"I once spoke to former India hockey captain Sardar Singh, who told me that he used to receive mere TA/DA while representing the country and no match fees. It will be great if football and hockey can take a cue," he added.

While there is already a Pro-Kabaddi League backed by the national federation, Sehwag sees no harm in having a parallel league that can benefit India players.

"Don't confuse this with cricket. BCCI's revenue pool is so huge that it can possibly be much more than all Olympic sports put together. Also in cricket, we have so many tournaments, we don't have a place for another league."

"However in Kabaddi, there is no harm in having two different leagues and allowing players to play both. We have recently lost to Iran in the Asian Games and it hurt me. We should have a bigger pool of players," said the former India captain.