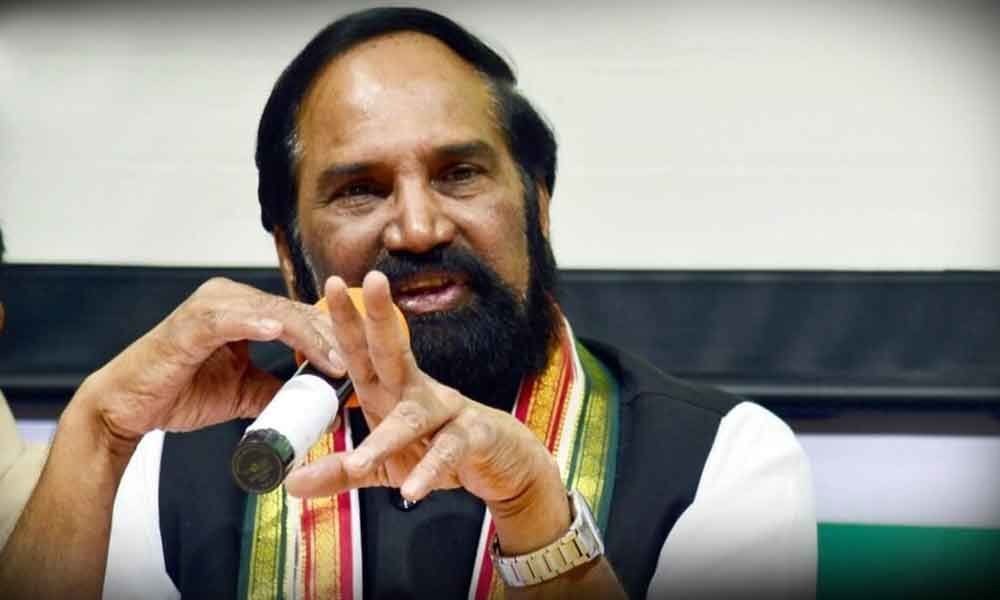 Hyderabad: The Congress on Thursday came down heavily on the government for the death of a farmer who was waiting in queue for urea and also slammed Minister for Agriculture for his remarks on the incident.

In a statement, PCC chief N Uttam Kumar Reddy said that the remarks of the Minister show the indifferent attitude of the government towards the farmers.

He said that it is atrocious on the part of the Minister to say that whether theatre owner would be held guilty for the death of a viewer of a movie in the queue for tickets.

He said that the officials were behaving shamelessly whereas they were supposed to provide urea on right time. He demanded the government to apologise to the family of the farmer and protect his family.

Kisan Congress national vice chairman M Kodanda Reddy and state unit chairman Anvesh Reddy said that the farmers have been struggling to get urea. They have been losing their lives due to the negligence of the government, he added.

He said that though the Centre has released urea it did not reach the farmers. Though the officials know that about 8 lakh tons of urea was required they have not placed enough orders for procurement.