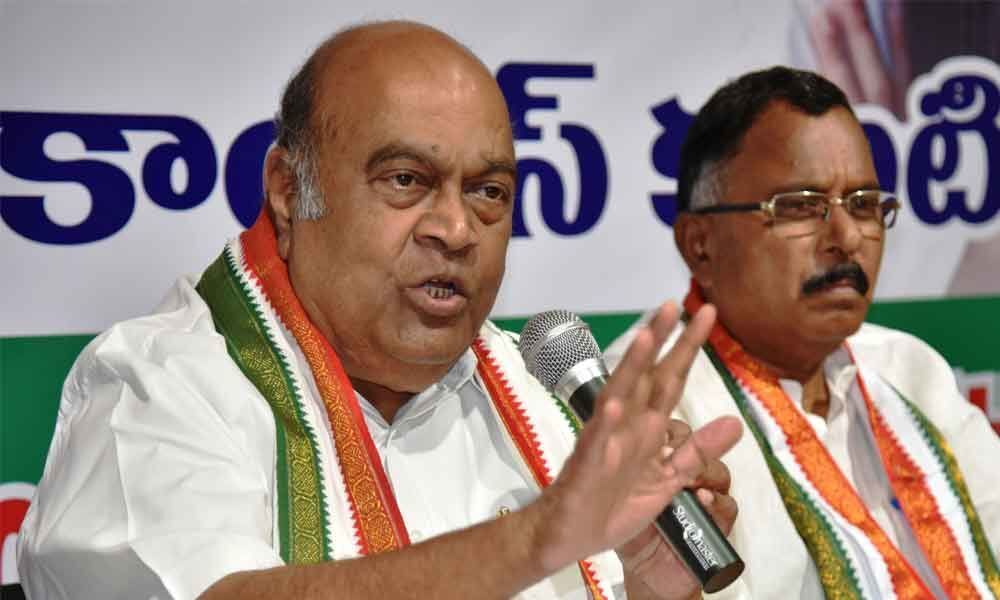 Hyderabad: Former minister and Congress senior leader Nagam Janardhan Reddy on Friday made it clear the Palamuru–Ranga Reddy project construction was going at snail's pace due to the corruption and not because of cases being filed by Congress.

Addressing the media along with PCC vice president Mallu Ravi he said that rampant corruption has taken place in the project and he has four rooms full of evidence documents to prove his point.

He said that if the Chief Minister gives one hour to him, he would expose the corrupt deals under the project.

Janardhan Reddy said that the time was running out for the Chief Minister and government would collapse at any point of time. He said that after the fall of the government Chandrashekar Rao would be put behind the bars.

Janardhan Reddy alleged that even after spending thousands of crores of rupees to buy the pumps inferior quality equipment has been fitted. He said that there was no standard rates procedure for the purchase of pumps.

He alleged that the tenders of the project have been awarded to work agencies which did not have any qualification. A work agency which was given work worth Rs 3,200 crores has done work worth of Rs 80 crores.

He wondered how it would be possible to give water to reservoirs under Palamuru–Ranga Reddy project without completing the first lift. He said that the idea to lift water from Srisailam backwaters was foolish.

He questioned the Chief Minister as why it was not possible to lift water from Jurala which has 6 TMC of water whereas the water lifted at Medigadda which has only two TMC of water.

He said that about 75,000 cusecs of water flow for a month at Jurala in monsoon season and 10,000 cusecs could be diverted easily.

He said that due to the Chief Minister's lack of knowledge on irrigation projects, the Kaleshwaram project has failed.

He said that he would teach Chief Minister Chandrashekar Rao about all the irrigation projects of Telangana it the later comes to his home.