Grama Darshini kicks off in Nalgonda 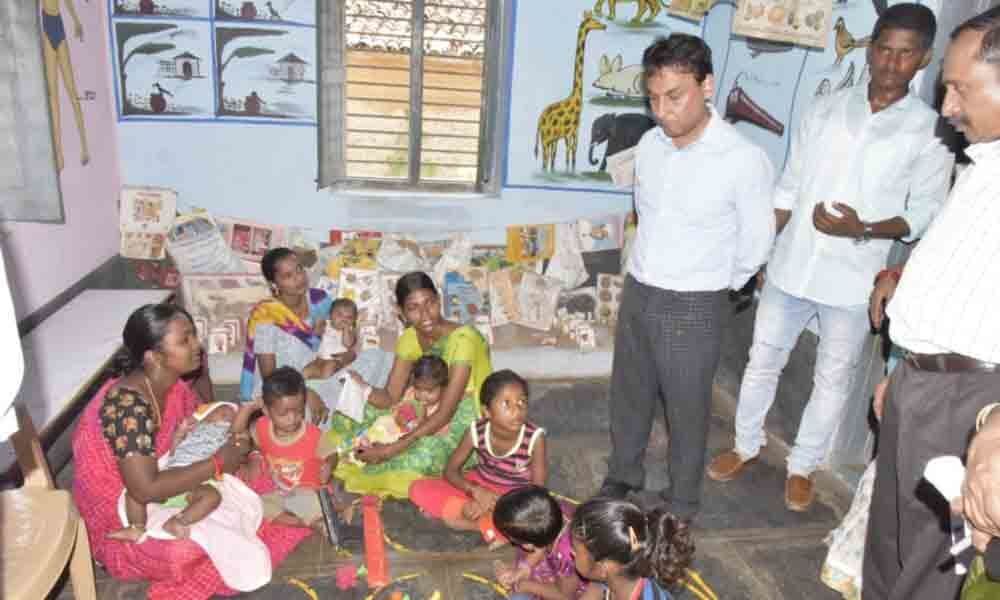 As part of the programme, he inspected the Primary Health Centre, Zilla Parishad High School, Anganwadi centre. He interacted with the staff and enquired about the functioning of respective organisations. Later, the Collector conducted a meeting with all mandal-level officers discussed the status of Aasara pension and payments pertaining to employment guarantee scheme.

The Collector also enquired about the drinking water situation in the mandal besides Mission Bhagiratha pipelines to schools, hostels and 2BHK housing sites.

He also discussed sanitation situation and the progress of government flagship programme Haritha Haram besides collecting information with regard to construction of Individual Household Latrines. Officials of various departments accompanied the Collector.