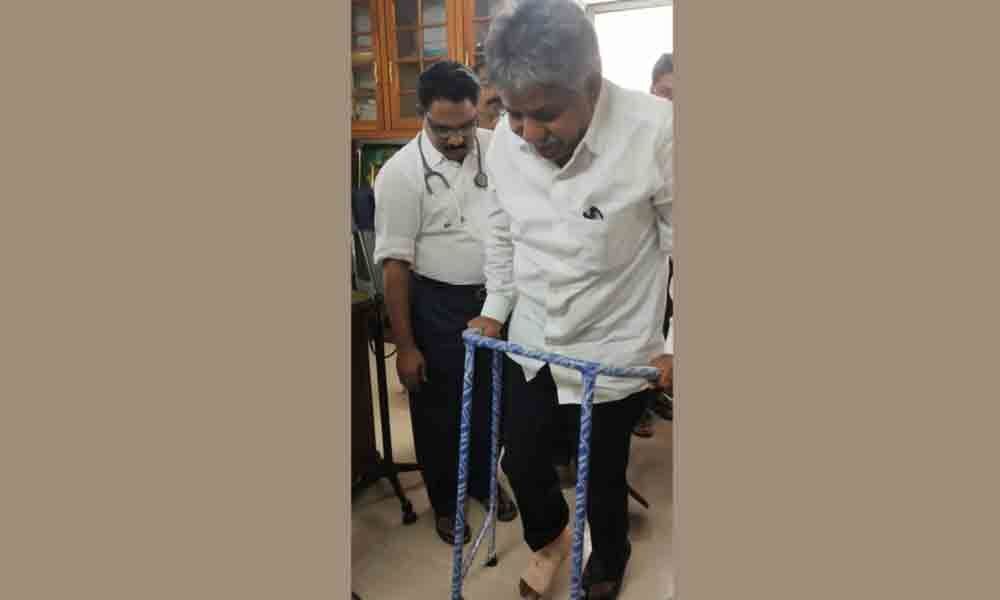 Bhadrachalam: Madiga Reservation Porata Samiti (MRPS) founder president Manda Krishna Madiga suffered a minor injury in Bhadrachalam on Thursday. He informed the media that he fell down during his morning walk on the premises of Telangana State Tourism Hotel.

Meanwhile, the other leaders of MRPS took him to the hospital where the doctors, who examined him, stated that he suffered a minor fracture to his right leg. The doctors advised him to take rest for over three weeks. Manda Krishna was in temple town to attend a two-day national body meeting of the MRPS. However, due to his injury, he could not attend the meeting organised at a private function hall.