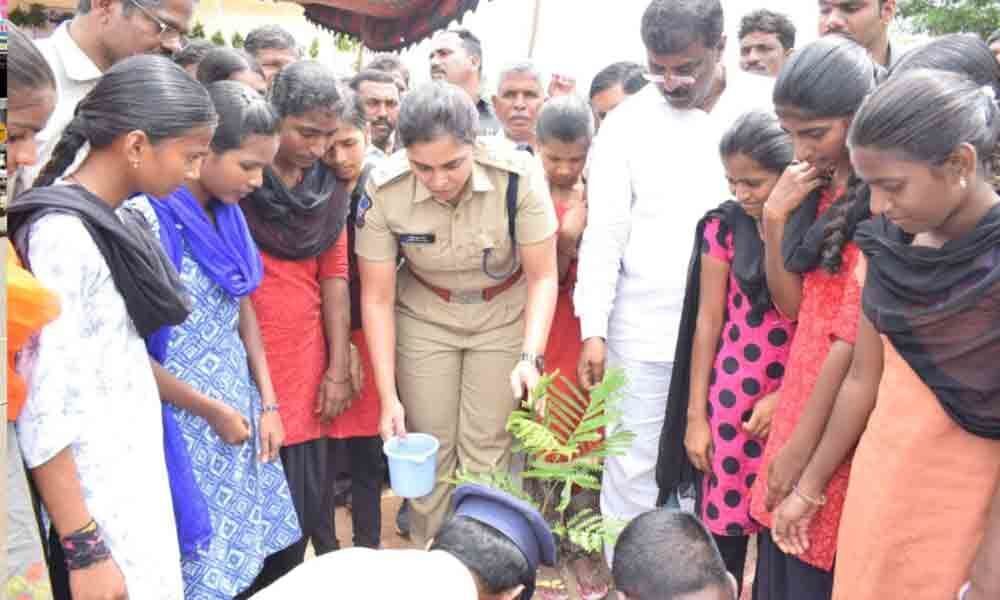 The Gadwal police going a step further in providing services to people have decided to use social media applications like WhatsApp, Facebook and Twitter to take complaints from common public.

Gadwal: The Gadwal police going a step further in providing services to people have decided to use social media applications like WhatsApp, Facebook and Twitter to take complaints from common public.

Announcing this on Wednesday, Gadwal In-charge Superintendent of Police Apoorva Rao said that the district police was also trying to become more available to people and monitor the incidents happening in the district through the social media.

As part of this, the SP inaugurated a special cell for receiving complaints through social media from the people of Gadwal district. "We have now decided to take complaints from public through social media. Accordingly, we have set up special cells for receiving complaints through WhatsApp, Facebook and Twitter. The main objective of this initiative is to become closer to public and know their problems and issues by making use of the advanced communication technologies. This will help the police to act fast and take necessary measures swiftly and provide effective security measures to public," said the SP.

Earlier, taking part in a programme in Kadukuntal village of Wanaparthy district, the SP inaugurated 18 newly-installed CCTV cameras along the major junctions and crossroads in the village.

The SP also inspected the arrangements for the Independence Day celebrations on Wednesday and oversaw the police parade reharsals in Wanaparthy district headquarters.