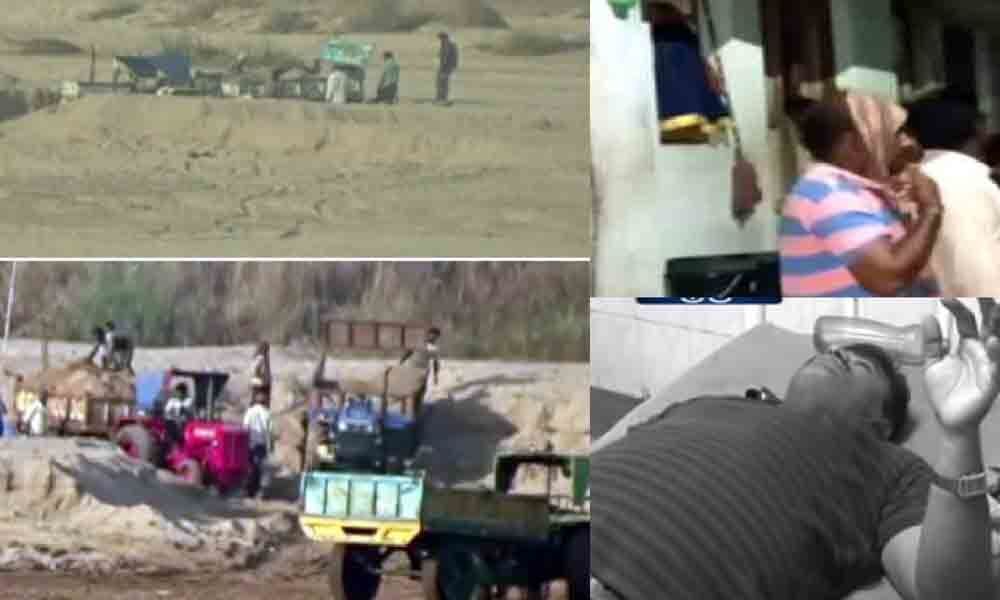 According to details, when two VROs, M Chandrasekhar and T Visweswar Rao were trying to prevent illegal sand transportation from Nagavali River and made an attempt to stop sand laden lorries. Irked by the VROs action, the sand mafia gangs attacked on VROs.