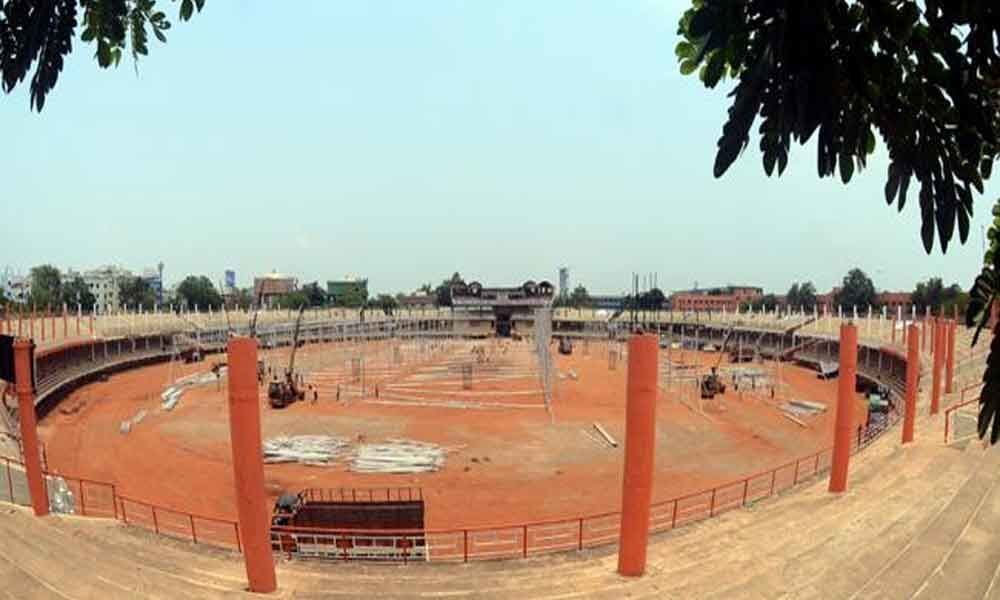 The YSR Congress Party president YS Jagan Mohan Reddy who is the second Chief Minister of Navya Andhra Pradesh, will be swearing-in as Jagan Ane Nenu on 30 May

Vijayawada: The YSR Congress Party president YS Jagan Mohan Reddy who is the second Chief Minister of Navya Andhra Pradesh, will be swearing-in as Jagan Ane Nenu on 30 May. Over YS Jagan's invitation, many prominent political leaders will be reaching Vijayawada.

For which, the authorities have completed all arrangements at Indira Gandhi Municipal Stadium here in the city.

Under the supervision of state Chief Secretary LV Subramanyam, the officials are busy in completing the arrangements. In the stadium galleries, the seating arrangements in made for 25000 members, and 15000 members can be seated near the swearing-in platform in the ground.

At the football ground outside of the stadium, big LCD screens are arranged where nearly 10,000 members can see the oath-taking ceremony.

Stadium's gate-2 will be used for VVIP entrance, where YS Jagan, Governor Narasimhan, Telangana CM KCR, DMK chief Stalin and other VVIP's will be entering the venue.

Gate-3 on food court road and Gate-6 at water tank road are used for the common public entrance. The media representatives can directly enter into allocated gallery opposite to the stage from Gate-6.