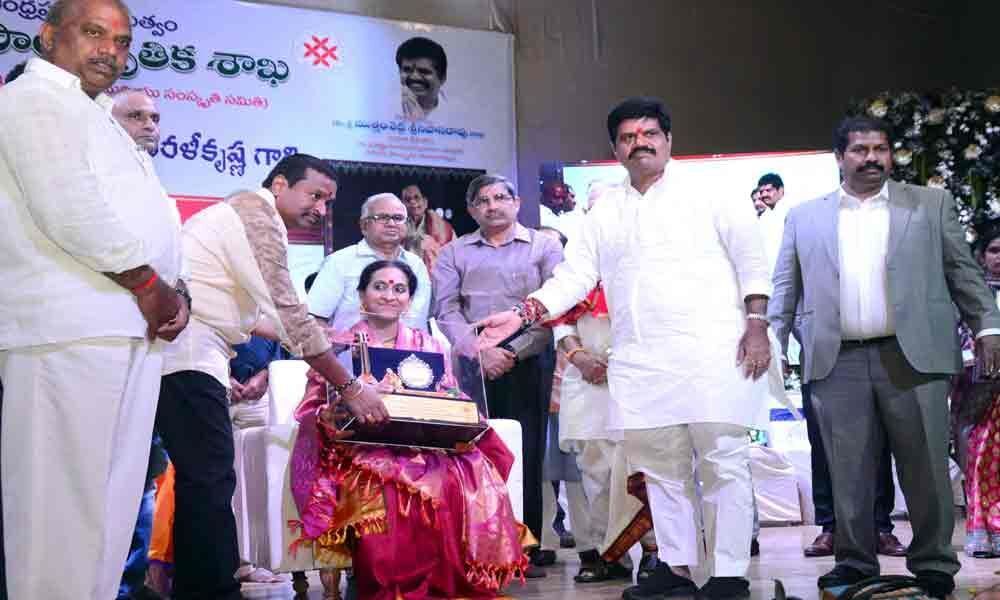 Multi-talented Jayashri was born in Kolkata and had her initial training in Carnatic music from her parents and later advanced training from Lalgudi Jayaraman and TR Balamani. GN Dondapani Iyer is her Veena Guru. Jayashri trained Hindustani Classical Music from Mahavir Jaipurwale and Ajay Pohonkar. She travelled extensively in and out of country and gave a number of performances.

She was presented Rs 10 lakh award amount with shawl and memento. The music concert of Jayashri was enjoyed by the music lovers with her fine and melodious voice and she rendered the keerthanas like "Raghunayaka neepadayuga..", in Hamsadwani ragam, "Akhilandeswari" in Aarabhi ragam.

This concert was instrumentally supported by Charumati Raghuraman on violin, YV Ramanamurthy on mridangam and BS Purushottam on kanjeera. Earlier, Kaja Venkata Subrahmanyam and the disciples of Padmasri Hemanth were showcased the dance items based on Balamurali's compositions.