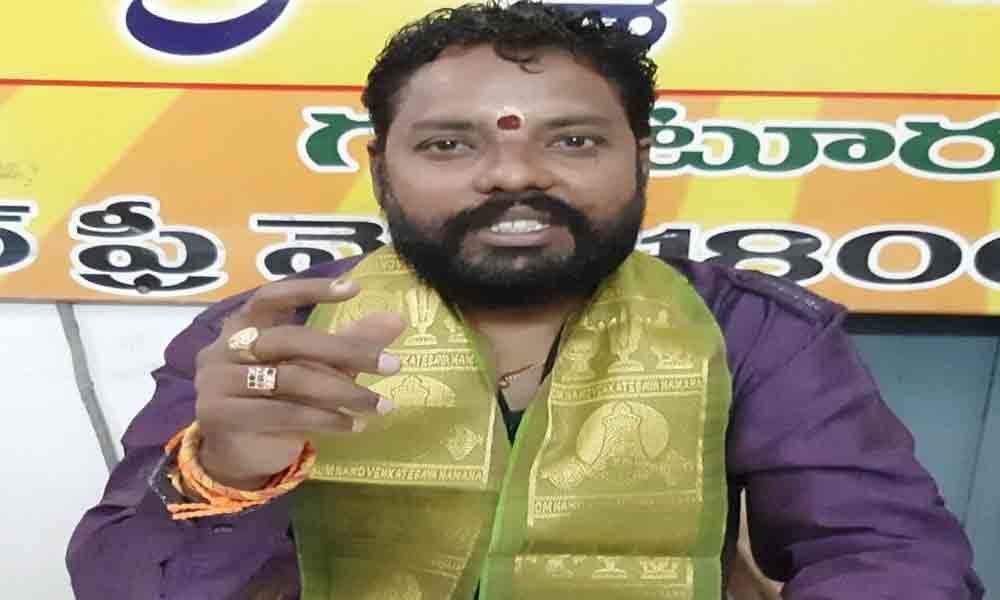 Guntur: Brahmmana Chaitanya Vedika State Co-convener Siripurapu Sridhar criticised that Election Commission (EC) was conducting re-poll in Chandragiri Assembly constituency and lowered the values. He said it was very clear that EC was working in favour of YSRCP and questioned that why EC did not conduct re-polling on May 6. Addressing the media in Guntur city on Friday, he alleged that the EC was working at the behest of the Prime Minister Narendra Modi.

He demanded the Supreme Court to conduct inquiry on it. He further said that while TDP demanded to conduct re-poll in 19 polling booths, the EC ordered for re-poll in five polling booths demanded by the YSRCP. He said it was a shame. He expressed confidence that the TDP will get 110 Assembly seats in the state and form the government.