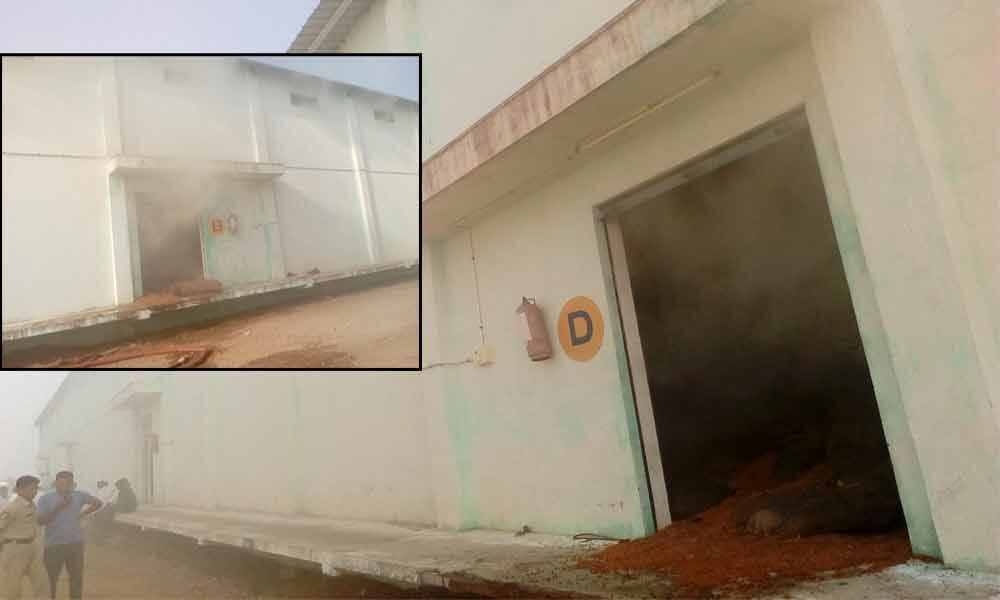 Kadapa: More than Rs 1crore worth various commercial crop products like Ground Nut, Jowar, Coriander seeds, etc turned to ashes as some unidentified persons allegedly set fire to the go down belongs TDP leader Devi Reddy Sanjavveva Reddy at Dindlavagu village of Lingala mandal in Pulivendula constituency wee hours of Monday. According to the sources the incident was reportedly taken place around 3AM on Monday.

It is learnt that the culprits gain entry in to the go down by breaking its shutters and set fire to the produce. It may be recalled that Devi Reddy Sanjeeva Reddy has performed canvassing in favor of Pulivendula Segment nominee R. Satish Kumar Reddy in the recent elections. In this connection two days ago there was heat exchange taken place between TDP, YSR Congress functionaries in the village as the duo resorted threatens on each other during incident. Pulivendula police registered the case and are investigating.

Following mishap that occurred in Dindlavagu village people of Pulivendula constituency forced to go under influence of fear and panic as they did not dare to came out of the homes even in day light. Police administration set up pickets in view of preventing untoward incidents.