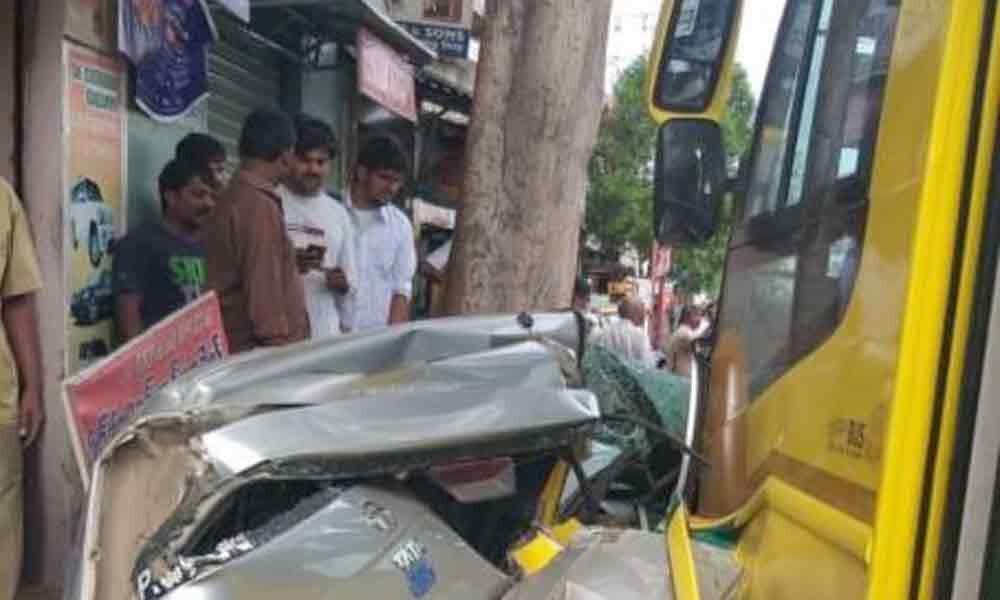 A school bus has created ruckus on Vijayawada-Eluru road on Saturday morning. The bus which lost the control has ramped into a car.

Vijayawada: A school bus has created ruckus on Vijayawada-Eluru road on Saturday morning. The bus which lost the control has ramped into a car.

In the incident, the car got completely damaged, luckily they were no one in the car. There were 20 school children on the bus at the time of the accident. It's said that few students have sustained minor injuries and they were given the first aid.

As per the locals, the bus driver has developed convulsion while driving, where he lost control over the bus and ramped into the car.

In the accident, the bus driver was seriously injured. He was immediately rushed to the nearby hospital where his condition is said to be stable.