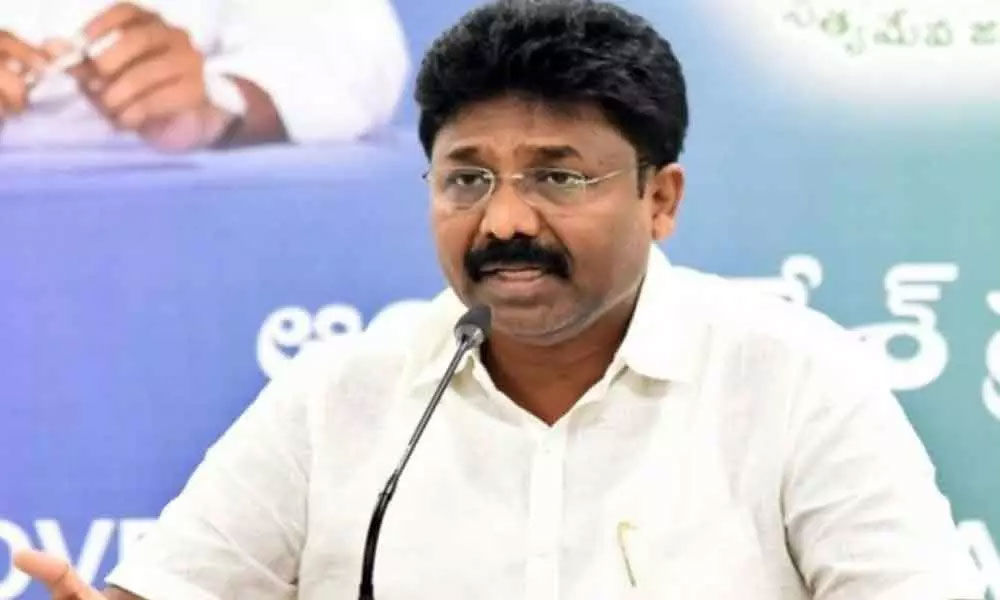 Amaravati: The Secondary School Certificate (SSC) exams will be held from March 23 to April 8 and the Intermediate exams will take place from March 4 to 23, announced the Minister for Education Adimulapu Suresh in a press conference at Secretariat on Wednesday.

Suresh said that the District officials were directed to make all the necessary arrangements for the exams. Coordination teams with officials from Departments of Revenue, Health, Police, Labor, and Medical are formed for the smooth conduct of exams, he informed. Section 144 will be imposed at all examination centers, during the time of conducting the exams. All the photostat centers in the state will be directed to close their operations during the time of conducting examinations.

The Minister said 56 flying squads are appointed for the SSC board exam and 130 flying squads for Intermediate exams across the State.

In addition to that, two task force teams are also constituted for each district to monitor Intermediate exams. A Control Room will be operational from March 4 at Vijayawada for continuous monitoring of Intermediate exams, he informed.

He said that invigilators will be appointed on the jumbling system and there will be no scope for appointing the students and faculty at the same exam center. Both students and invigilators from a school will be given different centers.

As the state government introduced certain changes in the SSC examinations from this academic year, the government launched an awareness program.

WHO nominates SRM Epidemiologistin its fight against COVID-19...