Raghuram Rajan's Mission To Fix Capitalism From The Inside 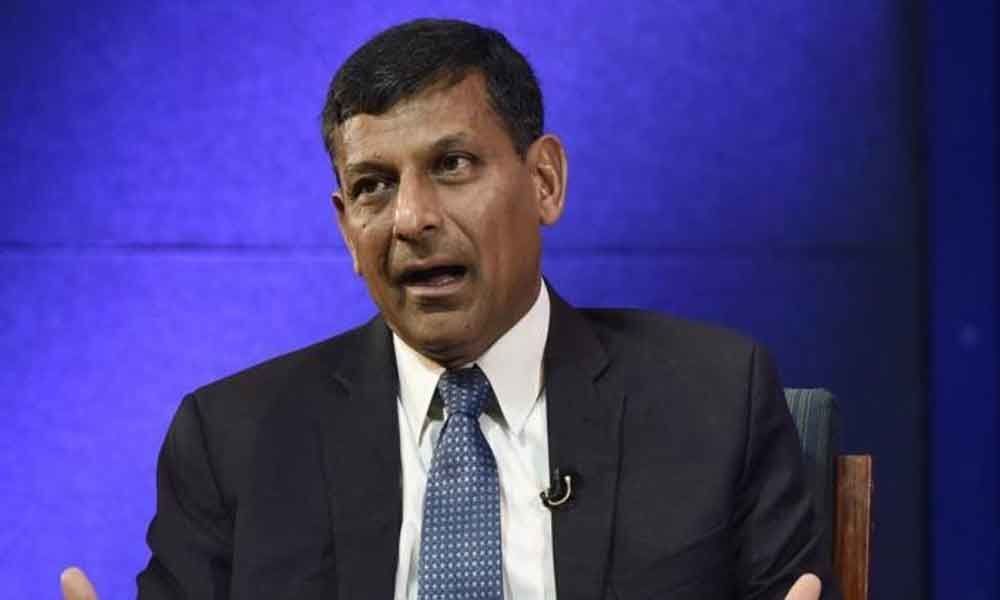 Raghuram Rajan has been tipped as a future Governor of the Bank of England but for now the economist is focused on bigger challenges - reshaping the relationship between capitalism, democracy and communities.

Raghuram Rajan has been tipped as a future Governor of the Bank of England but for now the economist is focused on bigger challenges - reshaping the relationship between capitalism, democracy and communities.

Sitting in a frosted glass box at his publisher's office in London Bridge, a man who probably doesn't want to be governor of the Bank of England reads a copy of the Financial Times.

Raghuram Rajan, former governor of the Reserve Bank of India and IMF economist, has been widely tipped as one of the leading candidates to succeed Mark Carney's stewardship of Old Lady of Threadneedle Street. Rajan's unabashed pro-capitalist voice also offers the UK an outsider's honest opinion at a time of national uncertainty.

Once dubbed the "rockstar central banker", I meet Rajan sitting with his legs crossed, wearing the modern corporate uniform - an unzipped North Face anorak over his grey suit.

In his latest book, The Third Pillar: The Revival of Community in a Polarized World, Rajan moves into a similar orbit to Francis Fukuyama in the unpacking economics to understand and challenge the way the world works.

"The hollowing out of the middle is quite obvious in society today," says Rajan, "opportunity is closing down - and when opportunity closes down, the biggest benefit of capitalism is lost."

His philosophy has a natural start point: "There's more to life than free markets," he begins, "if you're from the University of Chicago that's all you need. For the rest, there's much more," says Rajan, a former assistant professor at the temple of free-market economics.

When Rajan says "more" he's speaking of a return to "equal opportunity" capitalism and a tacit acknowledgement that people working with purpose, in pursuit of profit is the best way to create and distribute prosperity. While stock markets and assets prices have soared in the years following the financial crisis prosperity has never felt further out of reach for many.

According to the U.K.'s Office for National Statistics, GDP shrunk by more than 6% between the first quarter of 2008 and the second quarter of 2009, and it took the British economy five years to get back to the size it was pre-crisis. Employment is up but wage growth and productivity are down - very few people are talking about "the biggest benefit of capitalism" in 2019.

Rajan's challenge is part of a larger groundswell of economic thinkers attempting to once again prove to the world that, as Joseph Stiglitz, former Chief Economist of the World Bank wrote in The Guardian this week, "progressive capitalism is not an oxymoron," but rather, "the most viable and vibrant alternative to an ideology that has clearly failed" and quite simply, "the best chance we have of escaping our current economic and political malaise."

Rajan and Stiglitz are in orbit - both believe we have lost our balance. Rajan likens this to the three pillars of capitalism, democracy and community, that have now lost much of the "positive tension" that kept them upright and in check.

However as a pro-business, pro-entrepreneur, pro-capitalist, he wants a repair work and not a total reconstruction. The challenge he has set himself is how to restore the balance: "My worry is at this moment we are saying the system doesn't work - let's eliminate one of the pillars [markets]. But then things will become really unbalanced, and it all collapses. So rather, let's work on the weakest one. And that's the community. Then I think we will get back to equal opportunity capitalism and global growth."

One of the accidental byproducts of late capitalism's failings is the resurgence of populism. Rajan himself is no stranger to dealing with populist pugilists after facing off with India's Hindu nationalist Prime Minister Narendra Modi during his tenure as Reserve Bank of India (RBI) Governor from 2013 to 2016.

But for Rajan, populism will come and go. People, he says, will eventually realise that "these populist leaders talk a lot but they really can't achieve [their promises]." He adds, "there will be an initial sort of impulse for these leaders to blame the system and the 'deep state'. For sabotaging their final policies. But I'm hopeful people will see right through that and realise that their policies weren't particularly effective in the first place."

Rajan has also had to endure his own flirtation with popularity as journalists circle trying to pin down his interest in one of the biggest jobs in economics - taking over as the Governor of the Bank of England when Mark Carney's term ends in January 2020.

Rajan's eye flit around the room to a packet of almond croissants as he appears to bat away the suggestion. Central banking jobs are "very polluted" he says, hinting that tackling Brexit Britain might well be a challenge too far.

"It used to be that in industrial countries this was a technocratic job, and you pick the best technocrat. But because of the financial crisis, central bankers are now in the limelight. And once you come into the limelight people start questioning you."

So any tips for the next leader of the Bank of England? "You have to have a very good sense of where the political terrain lies and how far you can go without upsetting the balance."

With the Financial Conduct Authority chief Andrew Bailey the favorite to become the next Governor of the Bank of England, there's a sense that the UK has missed out here. The Bank of England insider turned toothless financial watchdog would bring a studious continuity to the role, but Rajan is an ideas man. Britain needs ideas, and as Rajan says, "business as usual" is not getting anyone anywhere.