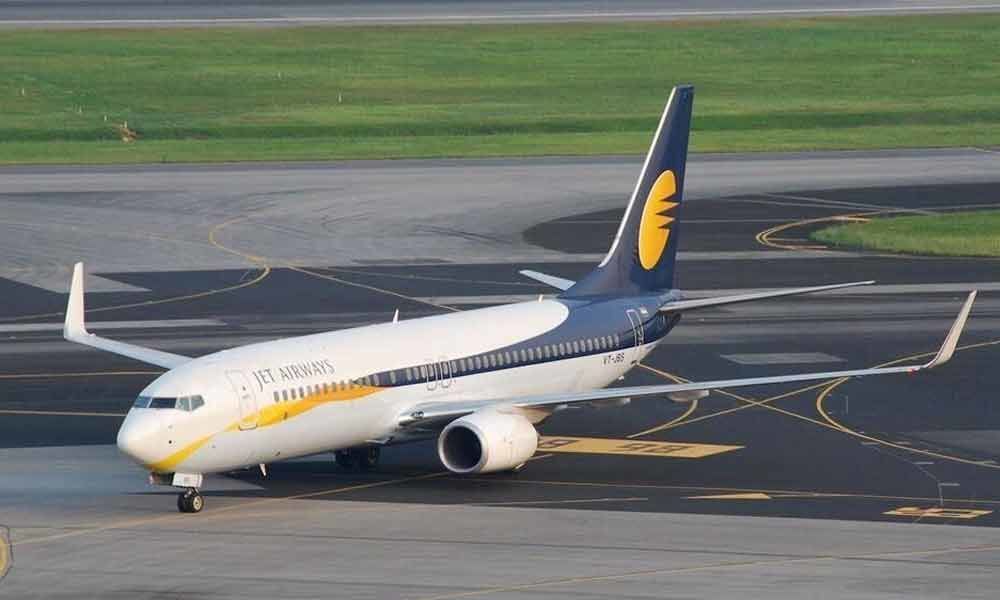 State Bank of India (SBI) on Monday invited bids from strategic as well as financial bidders for stake sale in ailing Jet Airways.

SBI, which is the lead lender of a consortium of domestic lenders that has extended loans to Jet Airways, is looking for "change in control and management" of the carrier, according to a public notice.

SBI Capital Markets would be assisting and advising the lenders on the bid process. The bids have to be submitted by April 10. The lenders' consortium has taken control of the airline under a debt recast plan.

Under the debt resolution plan approved by the Jet Airways' board on March 25, lenders have taken a majority stake in the airline and are set to infuse Rs 1,500 crore.

Besides, the carrier's founder and promoter Naresh Goyal as well as his wife Anita Goyal quit the board. The shareholding of Goyals has come down to 25 per cent from 51 per cent earlier.

As per the advertisement, the airline has availed various credit facilities aggregating over Rs 8,000 from a consortium of domestic lenders led by SBI.

The company has subsequently come under stress and not been able to service its debt obligations in relation to the facilities.

Acute financial crunch has forced the airline to ground aircraft, cancel flights and delay payment of salaries, including to pilots.