Cultural landscape Down under 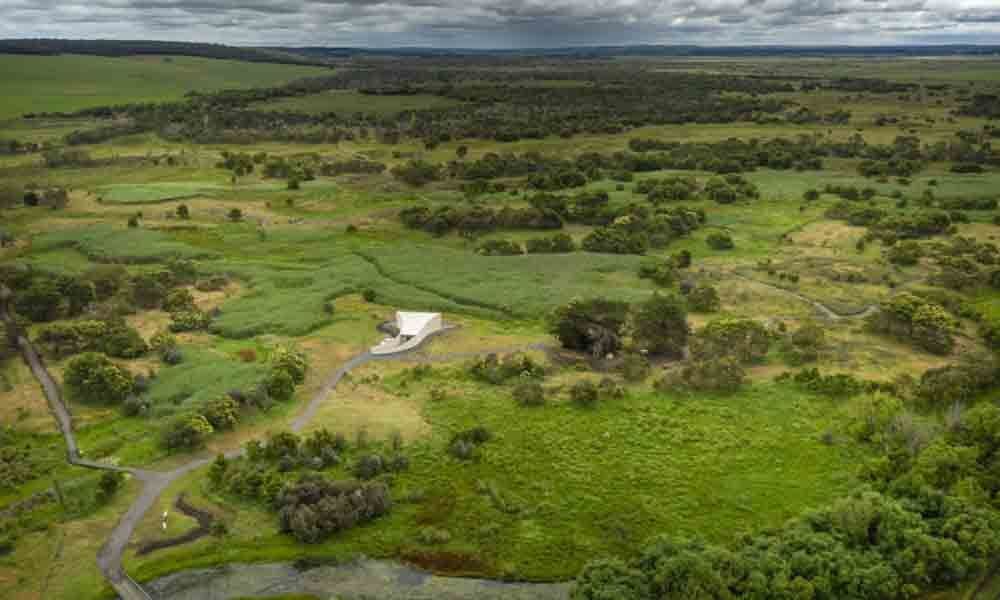 Located in south west Victoria, along the Great Ocean Road, Budj Bim is the only Australian World Heritage property listed exclusively for its Aboriginal cultural values. The Cultural Landscape has been recognised for its highly sophisticated aquaculture systems developed over 6,600 years by the Gunditjmara people.

Traditionally engineered by Gunditjmara ancestors, the systems are connected across nearly 100 square kilometres and were used to trap eels for food. Alongside these aquaculture systems, the Gunditjmara built round houses out of basalt stones with large numbers still visible in the landscape today.

Over the past five years the Gunditjmara people have worked closely with the Victorian and Australian Governments in developing Budj Bim's World Heritage nomination.

The Victorian Government has shown strong support with an overall commitment of $13 million to the Gunditj Mirring Traditional Owners Aboriginal Corporation to implement the Budj Bim Master Plan to support tourism infrastructure projects.

Implementation of the Master Plan will advance Budj Bim as a world-class tourism destination and support self-determination for the Gunditjmara People in sharing the Cultural Landscape with the world.

The Master Plan outlines visitor targets over three stages with the ultimate goal of attracting more than 150,000 annual visitors in ten to 25 years. However, the Master Plan recognises the need to build tourism sustainably so the increase in visitors does not negatively impact the area. Work is currently underway to implement the Master Plan, which will continue over the next few years.