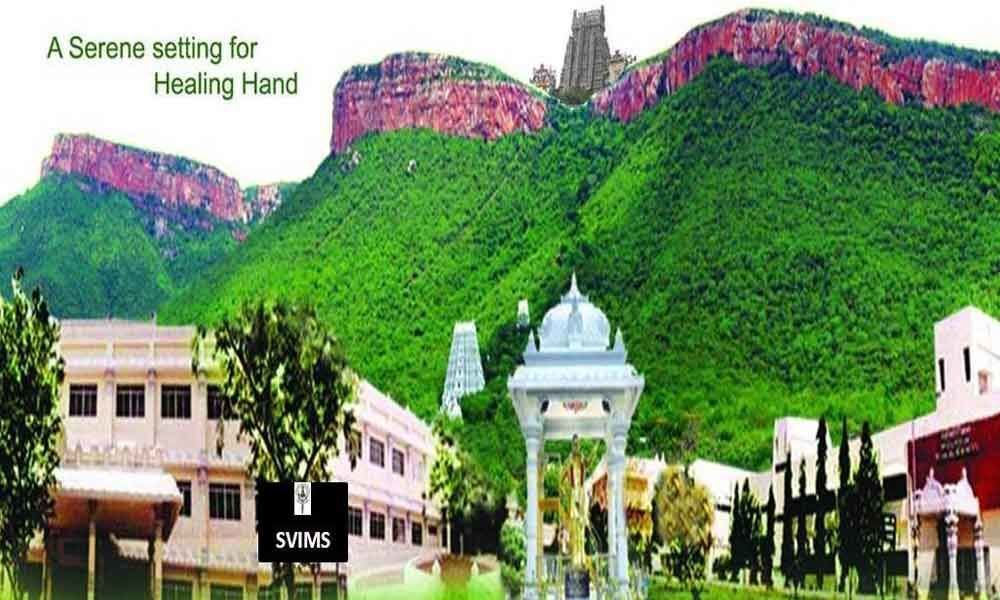 Only college from AP in the top 30

Tirupati: Sri Venkateswara Institute of Medical Sciences (SVIMS), Tirupati was ranked 29th among several hundred medical colleges in the country and remained the only college from AP in the top 30. It also retained the position by being placed among the top 100 universities for two years in a row.

It was ranked 77 and one among the four other universities in AP to be in that bracket. These facts emerged at the release of the NIRF 2019 ranking of higher educational institutions by the President of India Ramnath Kovind in New Delhi.

He reiterated the demand to the Government of Andhra Pradesh to "reward excellence and pay for performance". If given the needed resources, the leadership, staff and students will take the Institute among the top 10 medical institutions and Universities, he assured.

The Director for University Ranking Prof P Venkata Krishna has said that NIRF 2019 has assessed for Teaching, Learning and Resources, Research and Professional Practices, Graduation Outcomes, Outreach and Inclusivity and Perception. Along with Prof Uma, Registrar Prof DM Mamatha congratulated the team of ranking, staff and students of SPMVV for their efforts.