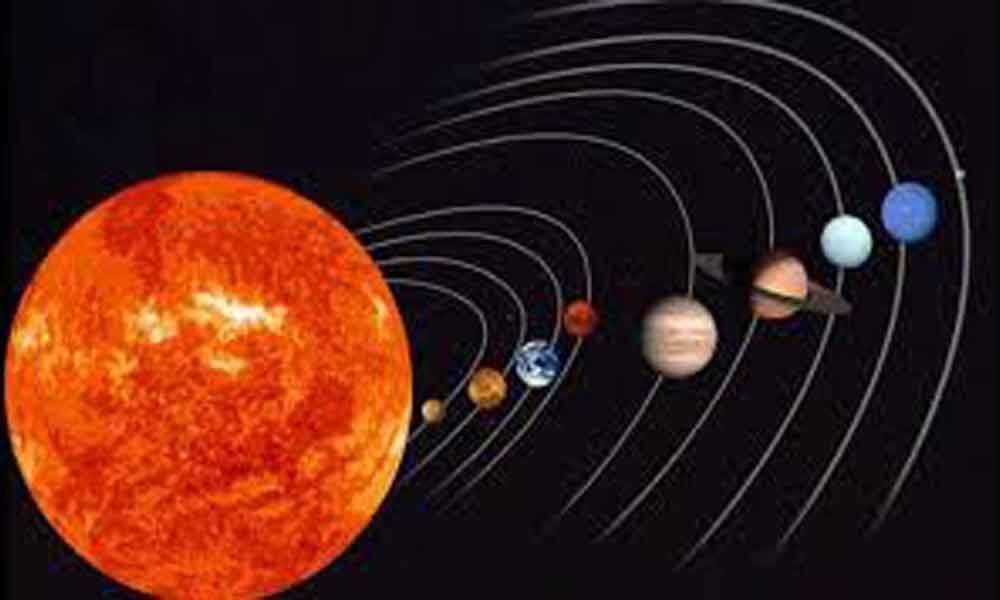 This lesson for late elementary students (grades 3 – 5) teaches about Earth and Space science using an inquiry approach. It covers objects in the sky and changes in the earth and sky, as students learn the size of each planet, the vastness of space, and some special features of our solar system.

This lesson for late elementary students (grades 3 – 5) teaches about Earth and Space science using an inquiry approach. It covers objects in the sky and changes in the earth and sky, as students learn the size of each planet, the vastness of space, and some special features of our solar system.

After this lesson, students will be able to: Demonstrate knowledge of the solar system by arranging spherical objects of different sizes in an order that represents the eight planets and the sun. Design a poster that shows the vastness of the solar system, by comparing one planet to another, the earth to the sun, the sun to other stars, etc.

Prior Knowledge: Your students should be at least somewhat familiar with the concepts of volume and mass. A quick review of the difference between these two terms may be necessary. Stress that mass does not mean the same thing as weight, and just because something has a really big volume does not mean it is going to be heavy. Students also need to know that the planets revolve around the sun, which is at the center of our solar system. This fact will be re-emphasized during the lesson.

Engage: Before the lesson, gather household items such as a ping-pong ball, tennis ball, inflated balloon, grapefruit, glass marble, small pebble, etc. You should have around 10 items, with a large range between the smallest to largest. Use any round or spherical item you have on hand (that is safe for students to handle). Put the round objects on a table and have students sort them from largest to smallest. What about heaviest to lightest? Ask questions like: Which object is the heaviest? Is that object also the biggest? How many times bigger is the largest object than the smallest object? How do you know? Note: for a large classroom, put the students in groups of 3-4 and give each group a container with around 10 objects of different sizes.

Explore: Tell the class that the sorting they just did is similar to how a scientist would classify the planets. We can sort the eight planets from biggest to smallest, from nearest to farthest from the sun, and by how much they weigh. Write the names of the eight planets on the board, telling students they are in order from smallest to largest (write: Mercury, Mars, Venus, Earth, Uranus, Neptune, Saturn, Jupiter). Have students remain in their groups and work together to choose an object to represent each planet and the sun. What could you use to represent Mercury? How about Jupiter? Students can also draw a representation of how big they think a planet would be, or find another round object in the classroom (a globe, an eraser from a pencil, etc.) Hint: Start small. Tell the students that if earth, which is not the smallest planet, was as big as this dot ( . ) then the sun would be about the size of a tennis ball. Give advice if needed, but let students work out the puzzle for themselves as much as possible. When finished, each group should have nine objects that represent the solar system, lined up in whatever order they choose (for example largest to smallest).