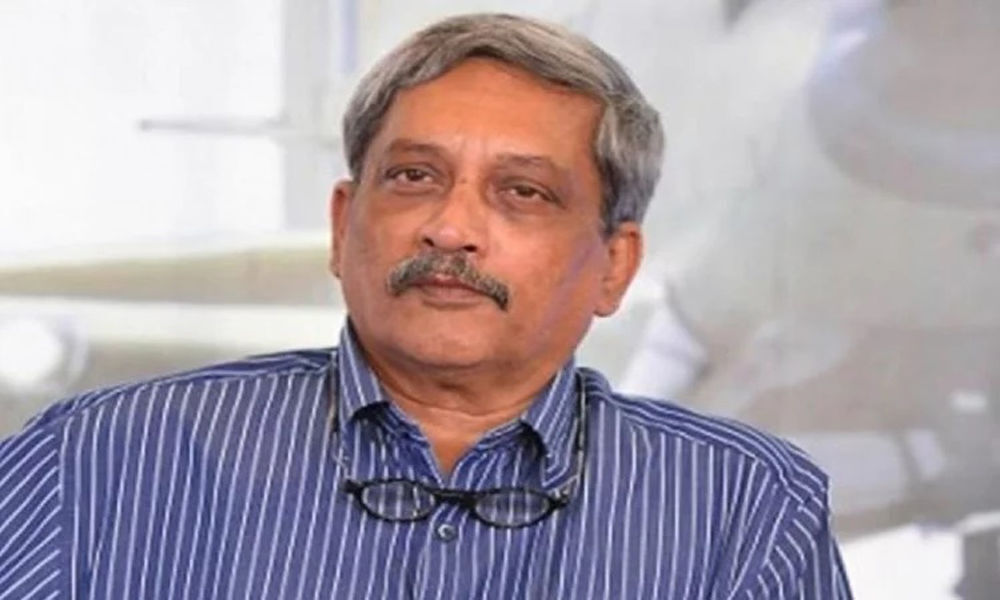 This refers to the news report, "Parrikar dead after long battle with cancer", published on March 18. A heart is all that one requires to be a human, who knows how to make lives better for everyone.

This refers to the news report, "Parrikar dead after long battle with cancer", published on March 18. A heart is all that one requires to be a human, who knows how to make lives better for everyone. A human who doesn't need luxurious SUVs or the tag of a political leader but the luxury of making life better for common people. Such was the IIT-alumnus, the four times chief minister of Goa, the former defence minister, Manohar Parrikar.

But it is still too little to say. As I scrolled through today's the Hans India and the internet, did I come to know that he was more than that. An untucked T-shirt, leather sandals, enjoying a cup of tea at the local tea stand, waiting for hours at the bank to deposit money into his bank account, scrolling the cities on a rickshaw, he showcased that a tinge of simplicity in life wouldn't make a difference at all. Smart security personnel and big SUVs don't matter but kindness and a craze to achieve does.

Despite travelling through the bustling towns on an auto rickshaw, he successfully set up the landmark of the BJP in the state of Goa, introduced the one-rank-one-pension scheme and made Goa "A Fabulous Film empire" from a state lacking film culture.

Despite losing the 1991 elections, he refused to let go, he refused to stop trying, but tried and he won the next elections. Months before he left the world, ten clerics offered to read the Quran for him and the state's archbishop requested the whole Catholic community to offer him blessings.

His soul encompassed these boundaries that we have created. The true should of politics found its true heir. A blend of purity, nationalism, honesty and simplicity built the statesman that would continue to inspire us everyday. But it still mystifies me that why we never tried to be like him? We never strive to be honest, a word familiar to everyone from the early ages of their lives.

If all politicians put their foots forward to be a Mr. Parrikar in every realm of their life, be it work, luxuries or the sprit, India would be synonymous with purity and the future generations would never find the mention the words "corruption" or "hatred" anywhere.

It would a true honour if the government initiates a "Sach Ka Saath" award in the name of Mr. Parrikar to find more people like him waiting to unleash themselves, waiting to be discovered!!