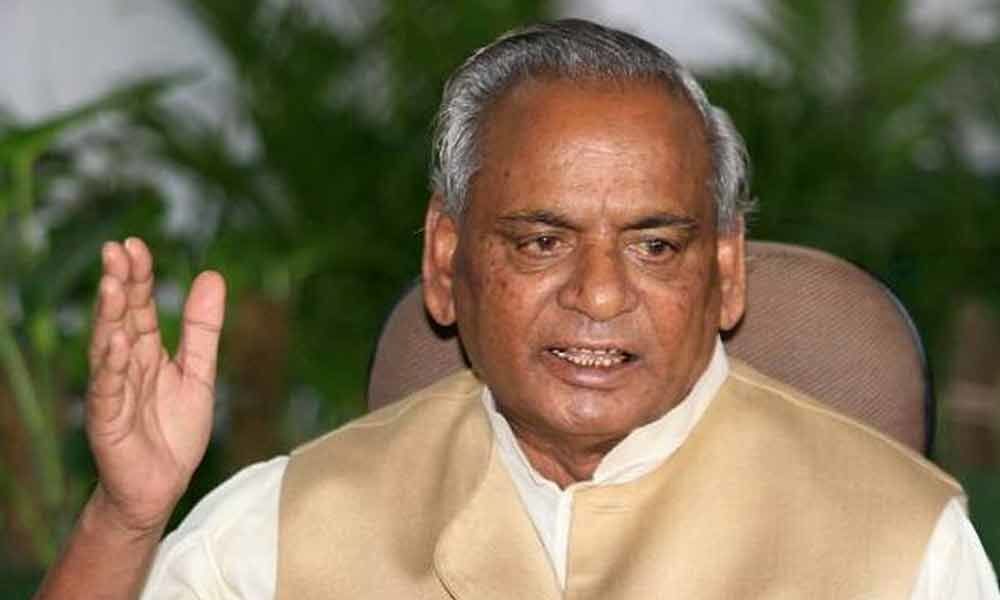 Kalyan Singh may have the dubious distinction of being the second Governor in independent India to face action for violating the model code of...

Kalyan Singh may have the dubious distinction of being the second Governor in independent India to face action for violating the model code of conduct by campaigning for Prime Minister Modi.

It now looks imminent that Kalyan Singh may be removed as Rajasthan Governor for politicking despite holding a constitutional post.

As expected, the Congress claimed this was the first time in the history that a governor has openly campaigned for a prime minister and charged that Kalyan Singh has "tarnished" the established traditions and accepted norms of the office of governor.

Interestingly, the Congress has forgotten that in the 1990s, then Himachal Pradesh Governor Gulsher Ahmed was forced to resign for violating the poll code by campaigning for his son.

The ball is now in the PM's court and he will have to take a decision on whether the Governor can be removed during the election process, in view of the serious and rare indictment of a constitutional authority.