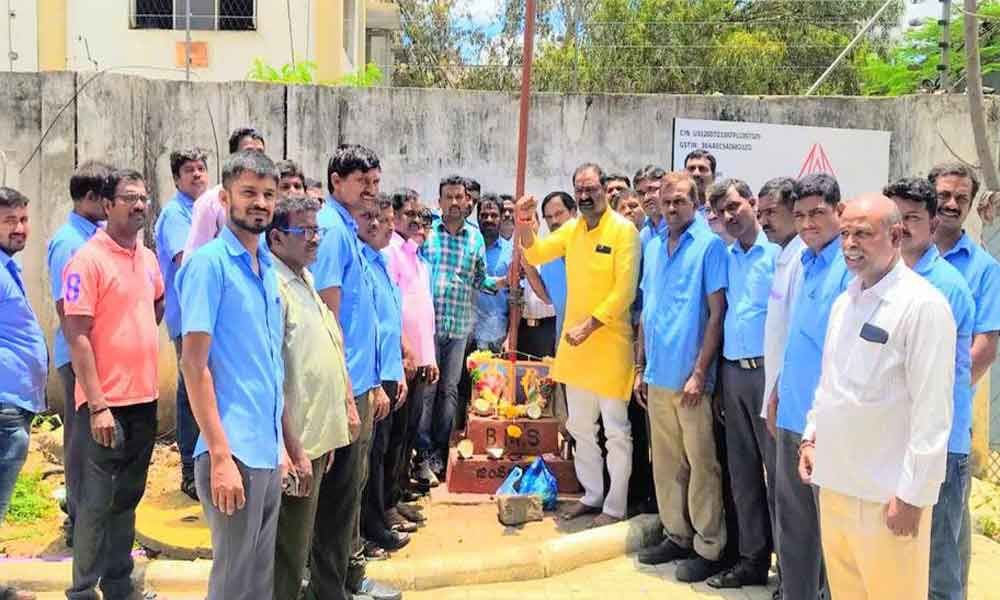 
He was speaking at the BMS formation day celebrations and also launch of BMS union in Samrakshana Electrical Works by hoisting the flag.

Prasad pointed out that the BJP and Prime Minister Narendra Modi should be given the credit for preparing a report for the benefit of workers under the chairmanship of Battacharya. He said BMS was also working in Telangana. It secured rights for workers by organising many agitations. Among those present were union president Veerayya Chary, general secretary Mallesh, workers and women TRS activists.