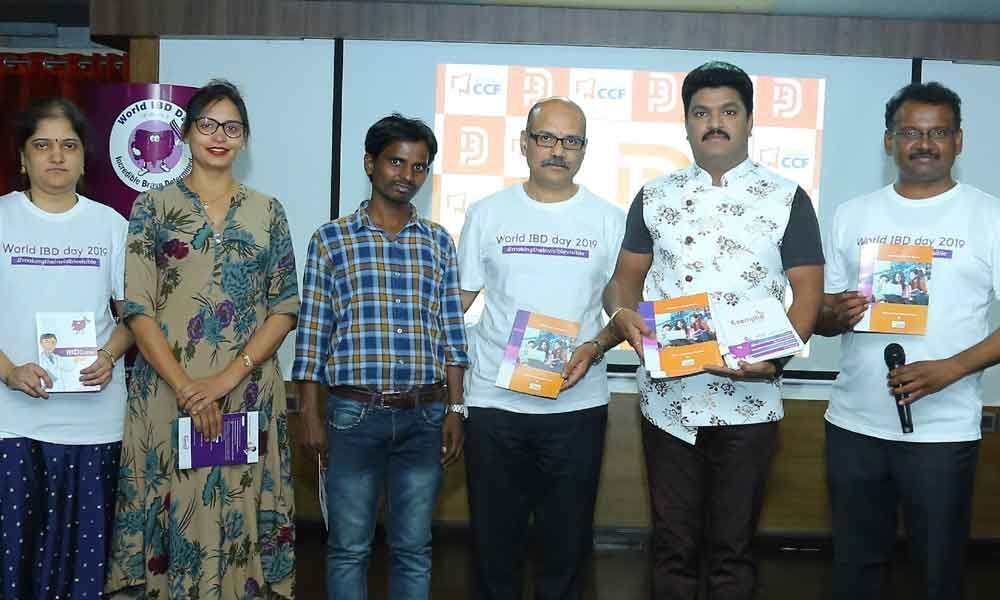 The talk was attended by several patients and was led by Dr Kiran Peddi, an eminent Gastroenterologist. The 2-hour-knowledge session was aimed at sensitising Inflammatory Bowel Disease patients on symptoms, management and treatment, importance of maintaining a healthy lifestyle and encouraging them to be more proactive and talk freely about their concerns.

IBD is increasing in India at a fast pace in the recent times. There are many reasons for people to get IBD, but the important ones are genetics, environmental factors, infections and lifestyle changes. Unfortunately, there is still very little understanding about this disease among patients and also among physicians. Early diagnosis and avoiding delay in treatment is the single most important factor that determines the success in the management of this condition.

19th May every year is celebrated as World IBD Day to raise awareness among people about this disease. There is no cure for this disease but if diagnosed early and managed by an IBD specialist, the results can be very promising. The theme for 2019 IBD day is "Making the invisible visible". This is about showing different aspects of IBD that are not visible to public

On this occasion, eminent Gastroenterologist Dr Kiran Peddi and his team launched a unique service for patients with IBD called 'Innovate IBD' in Hyderabad. Patients will be offered a protocol-based service in a proprietary model called "KP-3P." There will be emphasis on Prediction, Protection and Prevention of complications.

The team celebrated the World IBD day at Innovate Medical Center in Madhapur with all the patients and their relatives. A series of talks were given by dietitian and psychiatrist and gastroenterologists. Various invisible aspects of the disease were discussed such as complications, Vaccination, travel precautions etc.