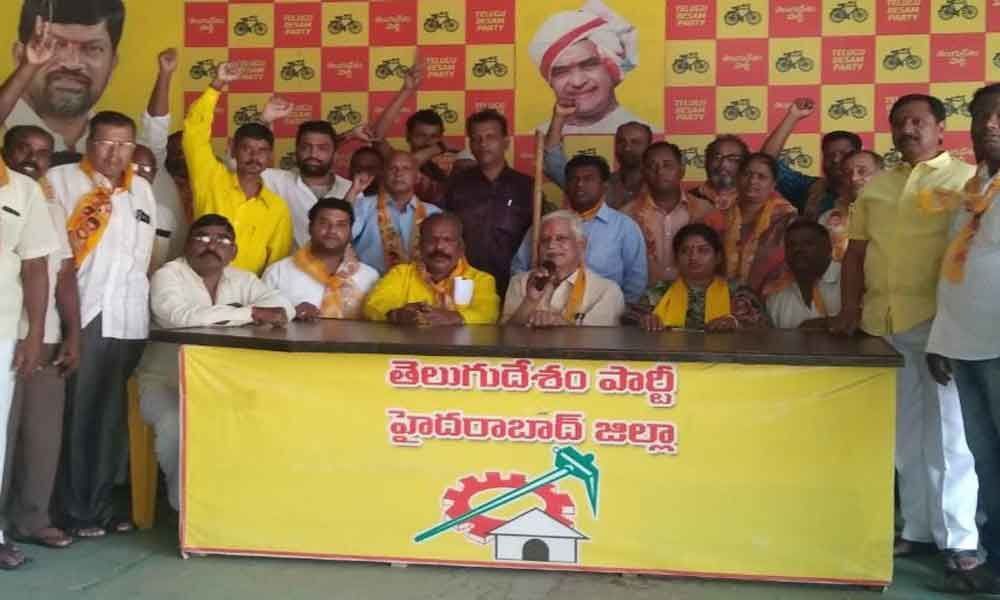 Former of Hyderabad district Telugu Desam Party Sai Baba condemned the desecration of Dr Ambedkar’s statue at Panjagutta in the city recently. He was speaking at a meeting of district party workers held here on Thursday.

Musheerabad: Former of Hyderabad district Telugu Desam Party Sai Baba condemned the desecration of Dr Ambedkar's statue at Panjagutta in the city recently. He was speaking at a meeting of district party workers held here on Thursday.

He said that it was unfortunate that the statue of Dr Ambedkar, the main architect of Indian Constitution, was not only damaged but also thrown into a dumping yard. This demonstrated the prejudice towards Dalits by the state government, he added. "It's an insult not only to Dr Ambedkar but to the entire community of Dalits," he said.

Sai Baba demanded that the state government identify the culprits responsible for the desecration of the statue and take stringent action against them at the earliest.

He urged the party cadre of the 15 Assembly constituencies in the district to organise public welfare activities and offer prayers at various temples on the eve of the 69th birthday of the party national president N Chandrababu Naidu on April 20. Among those who participated in the meeting were TDP leaders N Kishore, Aruna Jayender, K Ramulu, Yadagiri Rao, TSSF Sharan, Zahiruddin Samar, Jayender Babu, Madhusudhan Rao, B Babu and others.