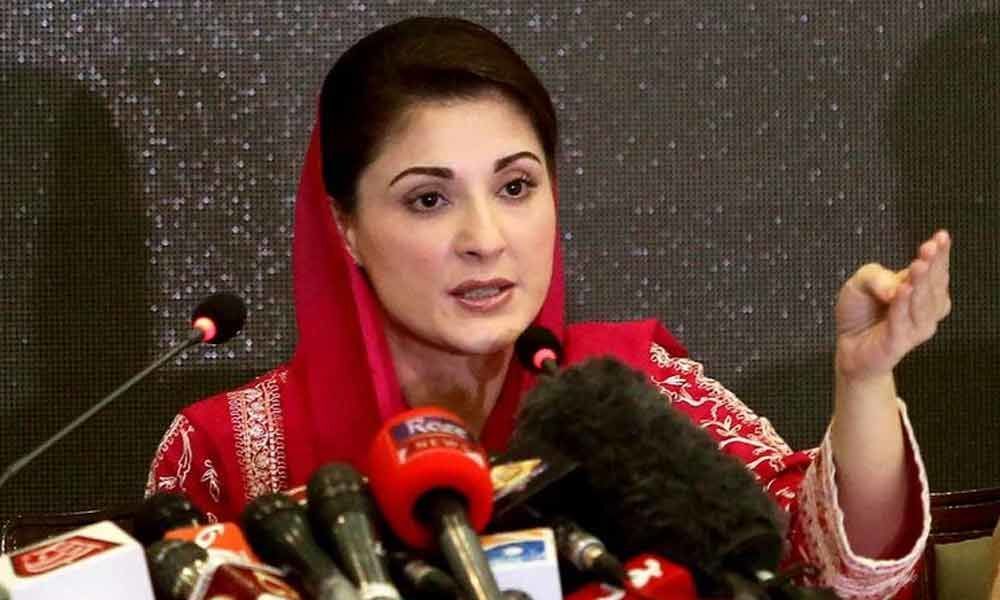 PML-N Vice President Maryam Nawaz raised slogans against Khan and said that the 66-year-old cricketer-turned-politician does not have any legitimate right to rule Pakistan.

In a post-midnight rally on Sunday in Mandi Bahauddin, the 45-year-old opposition Pakistan Muslim League-Nawaz (PML-N) Vice President, raised slogans against Khan and said that the 66-year-old cricketer-turned-politician does not have any legitimate right to rule Pakistan.

Addressing Khan in her speech, she said: "Give your resignation! Go home!" and urged the crowds to chant along with her, Dawn News reported.

Maryam also said that keeping her 69-year-old ailing father Sharif in jail will be a crime now, following Saturday's "evidence" alleging that his sentencing had been given under "immense pressure from hidden hands", a claim rejected on Sunday by the presiding judge, Arshad Malik.

In her address, which was held on Jail Road, she claimed that Sharif "will be released, and will become prime minister once more - but this time more powerful than ever before".

At a press conference in Lahore on Saturday, Maryam said that the entire judicial process regarding the trial that led to her father being convicted and sentenced to prison was severely compromised.

She also played a secretly recorded video that she claimed featured a conversation between Nasir Butt, a man she described as a loyal fan of Sharif, and Malik, who had in December last year sentenced Sharif to seven years in jail in the Al-Azizia Steel Mills corruption reference and acquitted him in the Flagship Investment case.

But on Sunday, Malik rejected Maryam's allegations, saying that Sharif was convicted on the basis of evidence.