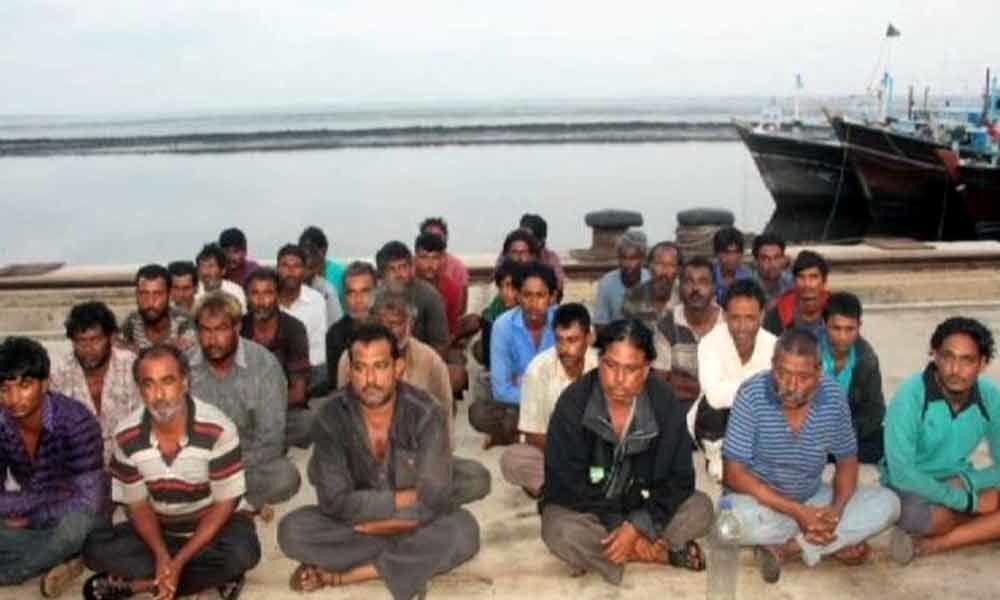 In January, five Gujarati boatsmen were arrested and jailed.

The fishermen, arrested on Tuesday, have been handed over to the police, a Pakistan Maritime Security Agency spokesman said.

"They will appear before a judicial magistrate who will decide on their judicial remand," he said.

This is the first time since January that the maritime security agency has arrested Indian fishermen.

In January, five Gujarati boatsmen were arrested and jailed.

On April 29, Pakistan released 55 Indian fishermen and five civilians as a "goodwill gesture" amidst tension between the two countries after the Pulwama terror attack.

Last month, the Pakistani government released more than 250 Indian fishermen from the Landhi and Malir jails in Karachi.

The fishermen were released in three phases.

The Pakistan Foreign Ministry had earlier announced to release 360 Indian fishermen in four separate batches in April as a goodwill gesture.

Pakistan and India frequently arrest fishermen as there is no clear demarcation of the maritime border in the Arabian Sea and these fishermen do not have boats equipped with the technology to know their precise location.

Owing to the lengthy and slow bureaucratic and legal procedures, the fishermen usually remain in jail for several months and sometimes years.

According to the list of prisoners exchanged by India and Pakistan in January, there are 347 Pakistani prisoners in Indian jails, 249 of whom are described as civilians and 98 fishermen, the report said.