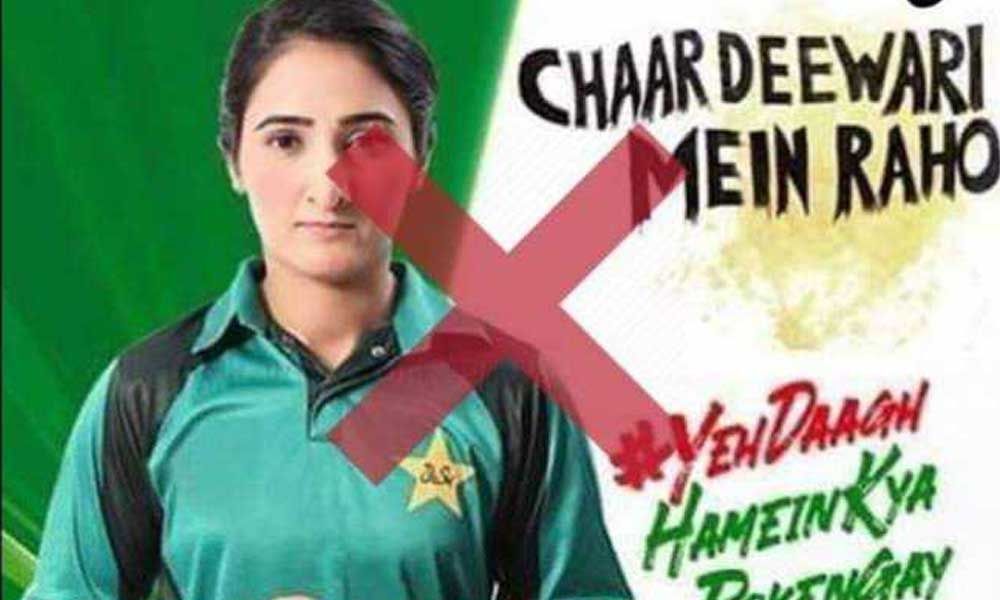 The commercial for Ariel soap, owned by US-based Proctor & Gamble, calls for women to break free of conservatives norms and pursue careers.

ISLAMABAD: An international detergent brand has come under fire for an advertisement questioning gender stereotypes in the conservative patriarchal country, with critics denouncing the company for allegedly insulting Islam.

The commercial for Ariel soap, owned by US-based Proctor & Gamble, calls for women to break free of conservatives norms and pursue careers.

In the ad, several women representing different professions, including a journalist and doctor are seen pushing dirty sheets hanging on a clothesline off the screen.

The sheets are printed with common refrains used to reinforce the oppression of women in Pakistan, including the question "What will people say?", which heralds scandal every time a woman chooses to challenge gender norms.

The commercial ends with a close-up shot of the Pakistan women's cricket team captain Bismah Maroof saying: "Stay within the house, these are not only sentences but stains".

Social media was abuzz on the issue, with conservatives lambasting its message using the hashtag "#BoycottAriel" on Twitter.

"They (are) insulting Islamic teaching in their advertising," wrote Binte Suleman on Twitter, while Raja Moazzam added: "Please take action against these liberals, who (are) prompting liberalism in Pakistan".

Not just in ariel ad they are going against islam in everywhere.
So called pak cinema revival and showbiz.#BoycottAriel pic.twitter.com/dSWkC2AjV4

Others called for Pakistani regulators to have the commercial officially censored and removed.

Please take action against these liberals, who prompting liberalism in Pakistan.@reportpemra#BoycottAriel pic.twitter.com/zzuSewP0lJ

The company did not immediately respond to requests for comment by AFP.

Women in Pakistan have fought for decades to secure their rights.

We demand to remove/ban the cheap advertise immediately on media & to punish the company for such conspiracy against our Islamic values.#BoycottAriel#BanAriel pic.twitter.com/rEyZPwSlPq

Much of society lives under a patriarchal, outdated code of so-called "honour" that systemises the oppression of women who defy tradition by, for example, choosing their own husband or working outside the home.

Women also face what activists have called pervasive violence against them by men, routine discrimination in the workplace, and public harassment, with few women daring to walk alone outside of their homes.

The Ariel advert is not the first time a major company has faced backlash in the country over its stance on women's rights.