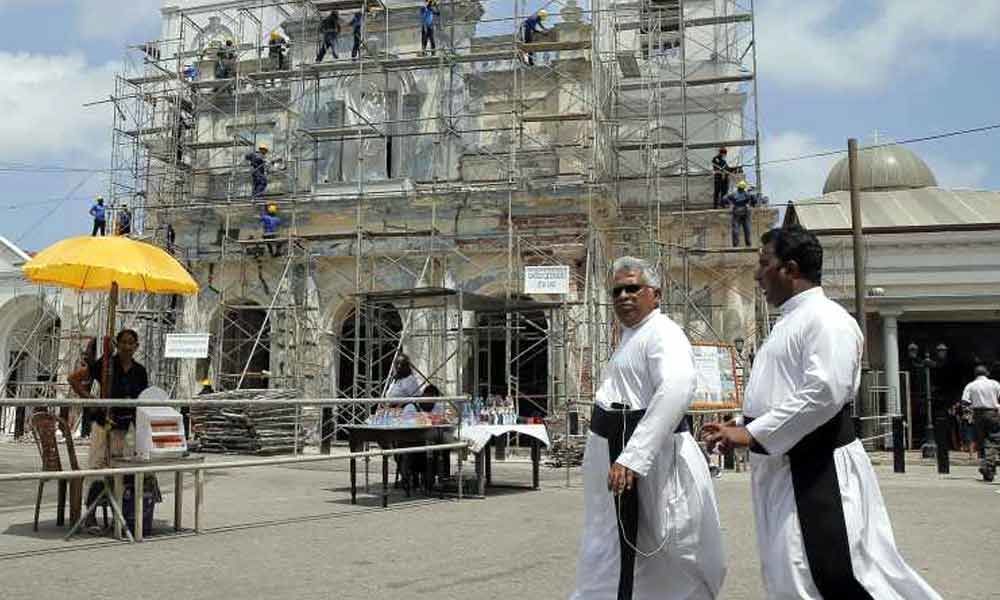 Mohamed Cassim Zahran, the mastermind behind the Easter blasts, led the attack on the Shangri-La hotel and was accompanied by a second bomber identified as Ilham Ahmed Ibrahim.

COLOMBO: A Sri Lankan court has ordered a DNA test before May 15 to verify the death of Mohamed Cassim Zahran, the ring leader of the local Islamist extremist group NTJ which the government blamed carried out the devastating Easter Sunday bombings killing over 250 people.

Zahran, the mastermind behind the Easter blasts, led the attack on the Shangri-La hotel and was accompanied by a second bomber identified as Ilham Ahmed Ibrahim.

He was killed inside the hotel where he blew himself up. The Colombo Fort Magistrate also ordered the DeoxyriboNucleic Acid (DNA) verification of Ibrahim, the second bomber.

Nine suicide bombers carried out a series of devastating blasts that tore through three churches and as many luxury hotels on April 21, killing more than 250 people and injuring 500 others.

The ISIS terror group claimed the attacks, but the government blamed the local Islamist extremist group National Thawheed Jammath (NTJ) for the bombings.

The court has also ordered Government Analyst's reports on seven vehicles believed to have been used by the ISIS-linked group to carry out the deadly attacks which killed 258 and injured nearly 500.

The victims included over 40 foreigners, 10 of whom were Indians. The court gave the order under which Zahran's sister Madaniya would be subjected to a DNA verification, the police said.

She is currently in custody at the eastern town of Batticaloa prison. The test will be performed before May 15, according to the magisterial order.

Zahran was one of the two suicide bombers at the Shangri La Hotel where 36 people including 12 foreigners died. The hotel's CCTV footage showed two bombers with heavy backpacks arriving at the hotel's restaurant on the third floor.

The booking at the Shangri La hotel for the two bombers was done by Insaf Ibrahim, the brother of Ilham. Insaf himself was the suicide bomber at the Cinnamon Grand Hotel.

The police said that at least three police officers have been questioned on the arrest and the subsequent release on bail of at least nine employees of Ibrahim. They worked in the copper factory owned by Insaf.

The police said that an investigation was launched to ascertain if any mistakes were committed by the police in filing charges against them, leading to the magistrate to grant bail to the employees.

For suspects held under the tough Prevention of Terrorism Act, no bail is given.

The government invoked counter-terrorism regulations under the state of emergency, enabling the law enforcement to carry out investigations into the suicide bombings and the Jihadist group's activities including its ISIS connections.

Over 100 people are already in custody in connection with the bombings. The NTJ, which has been banned by the government, has no history of large-scale attacks. The group came to prominence last year when it was blamed for damaging Buddhist statues.