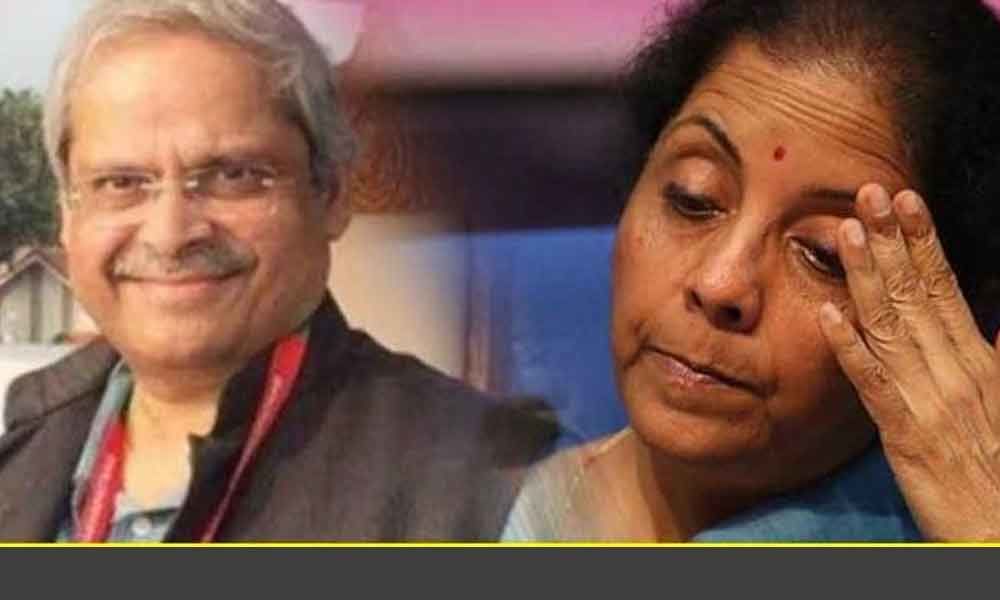 In a column for The Hindu, Parakala Prabhakar said the BJP should adopt the Rao-Singh economic model, which paved the way for liberalisation of the economy, instead of "critiquing the Nehruvian socialism".

Hitting out at the Centre, Parakala Prabhakar blamed BJP's inexplicable reluctance" as the reason behind the issue.

"The rejection of Nehruvian 'socialistic pattern of society' was clear since the days of the Bharatiya Jana Sangh. The BJP's advocacy of what can, at best, be loosely termed as a capitalist, free market framework remained untested in practice...In economic policy, the party mainly adopted 'Neti Neti (Not this, Not this'), without articulating what was its own 'Niti (policy)', Parakala Prabhakar wrote.

The economist also noted that economic road map was not a part of the re-election bid of the BJP.

"The issues that catapulted the party on to the centre stage of the country's political discourse and then to the seats of power both in the Centre and in various States had little to do with the articulation of an economic road map and its endorsement by the electorate," he wrote.

Saying the BJP was "unwilling to take its eye off the Nehruvian policy framework ball, which it continues to critique", Parakala Prabhakar said, "The party think tank fails to realise that the attack remains more a political assault and can never graduate to an economic critique."

As he said that the BJP should adopt the Rao-Singh economic architecture, Parakala Prabhakar added, "A full-fledged embrace could provide the BJP and the government led by Prime Minister Narendra Modi a lodestar to steer the economy out of the choppy waters it is in at present."

The Finance Minister, asked about her husband's article, said from 2014 to 2019, "we have done fundamental reforms".

Ms Sitharaman went on to list measures like the Goods and Services Tax, Aadhaar and the delivery of cooking gas. The Congress, expectedly lost no time in attacking the government.

Congress's Bengal unit chief Somen Mitra took tweeted: "They may have mocked him for years without having an iota of knowledge how an economy as big as that of India runs, but at the end of the day, Dr Manmohan Singh and his reform model continues to be the ultimate benchmark of development for the Indian economy."

Taking a dig at BJP's appropriation of Sardar Patel, Prabhakar also suggested that BJP could portray Narasimha Rao on the economic side, just the way it has done for Patel.

He also insinuated, 'a muscular political, nationalist, security platform' was created to compensate the deficiency on economic front and a re-election bid. The BJP has been tight lipped about the entire saga.

When contacted, a senior party functionary directed to the media department, while two BJP spokesperson refused to comment on it claiming ignorance.

However, the Congress, which has got an endorsement from the spouse of the Union Minister, was in no mood to let go.

They do not have there own heroes, nor their own economic vision. If they can borrow heroes from Congress heroes -- who found the RSS repugnant -- why not borrow its economic policies too?"

As the Indian economy continues to remain "unstable", this open critique of the economic policies by the Finance Minister's husband, just a week before Haryana and Maharashtra polls has left the BJP searching for an answer.

Prabhakar during his unsuccessful political stint had lost an election followed by a bypoll.

Later he joined BJP before leaving the saffron fold to be a part of the new political Party 'Prajarajyam' and became its founding General Secretary and spokesperson.