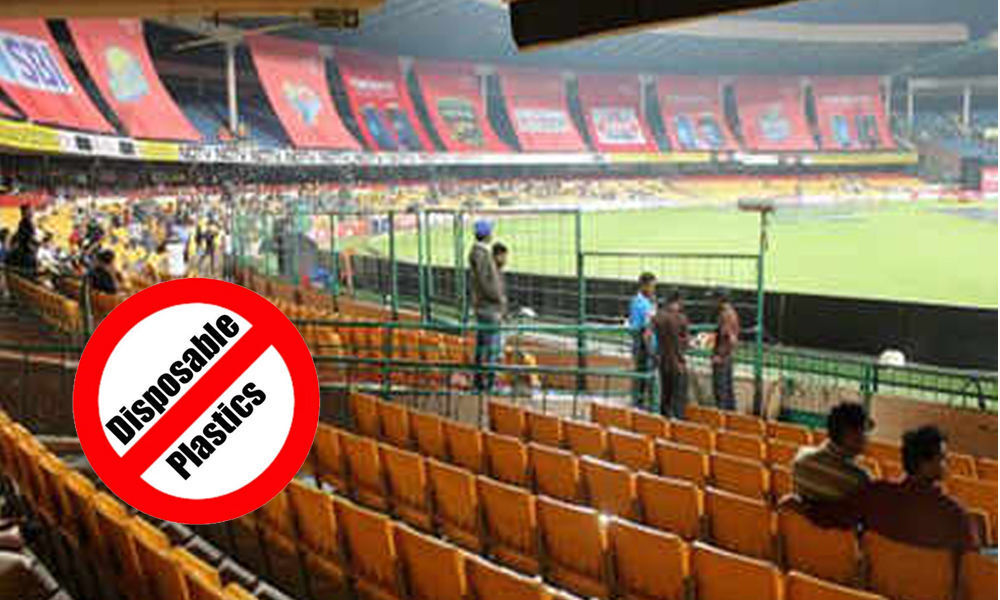 On the 28th of March, Bengaluru will be hosting the first home match against Mumbai Indians

BENGALURU: On Wednesday, D Randeep, the BBMP additional commissioner of solid waste management, had met the officials of the Karnataka State Cricket Association to discuss about the waste segregation for the approaching Indian Premier League (IPL) matches which will be held at the M Chinnaswamy Stadium.

On the 28th of March, Bengaluru will be hosting the first home match against Mumbai Indians. Randeep asked the officials of the KSCA to ban the use of plastic materials at the stadium. "Except for mineral water bottles, use of all plastic is prohibited," Randeep said.

KSCA spokesperson Vinay Mruthyunjaya, had said that, "NGO Saahas will support us in segregating waste just as it did in the match between India and Australia on February 27."