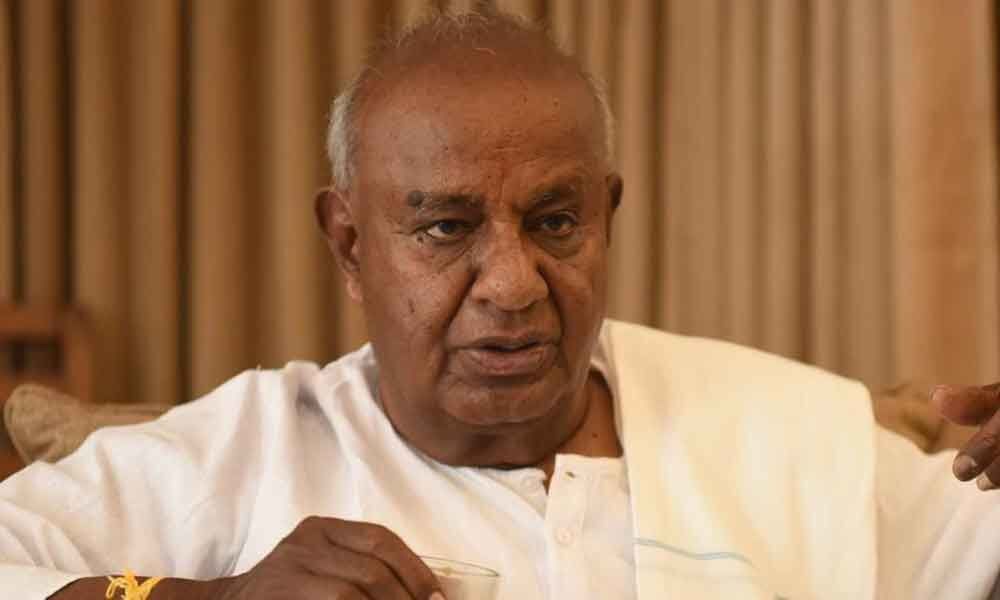 All the eight MLAs and three ministers of Mandya were adamant that Nikhil Kumaraswamy should contest from there.

Speaking to reporters after casting his vote in Hassan, Gowda said his opponents accused him of indulging in familypolitics but his rise in politics was possible because of God and voters, whom his family served to the best of its ability. "People describe this as family politics. We are the children of farmers. We believe in God. My father was an ordinary farmer. By the grace of God, we grew in stages in politics. "It (growth) is not in anyone's hand. Voters have strengthened us. We, whether it is Revanna (PWD minister), myself or (chief minister) Kumaraswamy have served them to the best of our ability," he said. Justifying the decision to field his grandsons from Mandya and Hassan,Gowda said people were adamant that the two be fielded, which theyrespected.

"In Mandya Nikhil Kumaraswamy is contesting. All the eight MLAs and three ministers of Mandya were adamant that Nikhil Kumaraswamy should contest from there. This is the truth," he added. Regarding Prajwal, the JD(S) supremo said, "Prajwal Revanna is anengineering graduate. He is into social work for many years.People and the party workers have recognised his work."