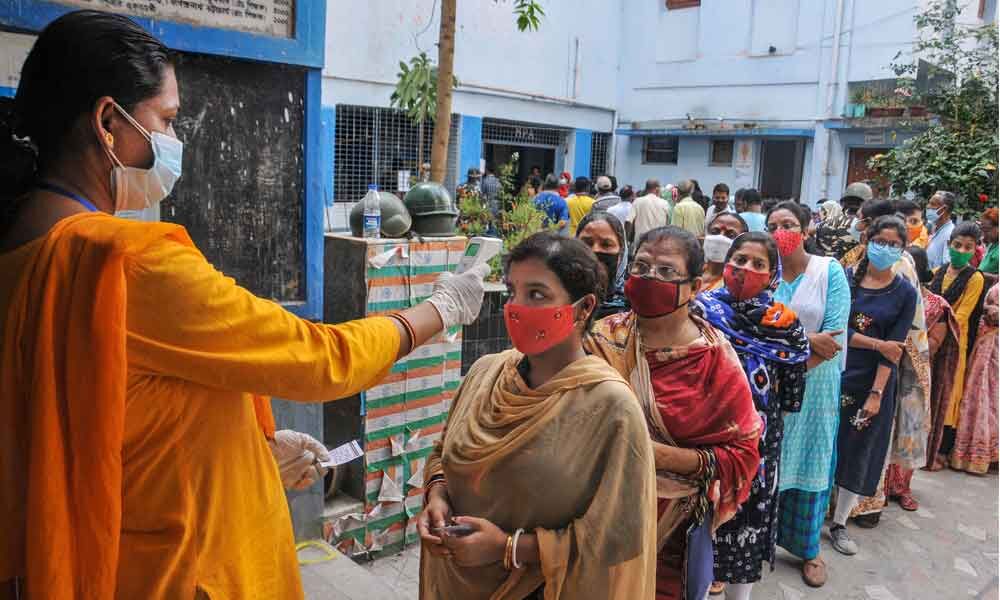 Voters undergo thermal screening as they stand in a queue to cast their votes at a polling station during the third phase of West Bengal Assembly elections. (L)

Top actor Vijay rode a bicycle to the polling booth. No untoward incident was reported. Chief Minister Palaniswami accompanied by his grandson, cast his vote at Siluvampalayam in his native Salem district.

Earlier in the day, AIADMK's Babu Murugavel has filed a complaint against DMK leader and MK Stalin's son Udhayanidhi Stalin for violating Model Code of Conduct. Udhayanidhi Stalin went to vote while wearing a shirt with party logo.

Meanwhile, the TMC has accused BJP workers of chasing and hurting party leader Sujata Mondal near a polling booth and urged the EC to take cognisance of the issue.