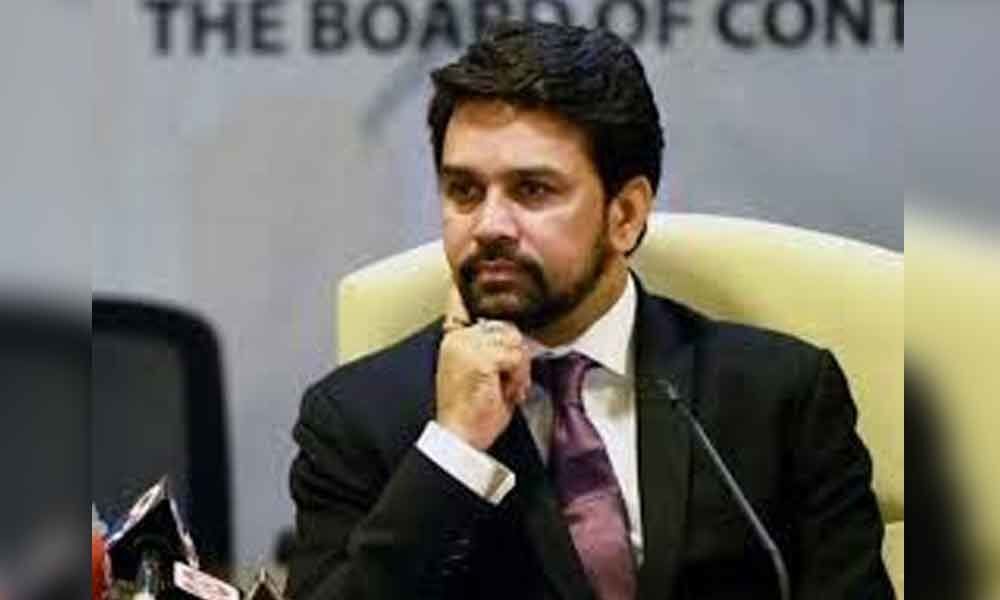 This is the delayed effect of demonetisation, people don't have money, says an auto manufacturer

New Delhi: Minister of State for Finance Anurag Thakur was heckled at an Automotive Component Manufacturers Association of India (ACMA) event on Friday after he asked auto industry players why sales had not picked up despite measures taken by government, RBI intervention and big discounts by manufacturers, to which a participant interjected and said it was because of the "demonetisation effect".

Thakur was seeking inputs from industry players on the reasons behind the slowdown, despite government's efforts to support the ailing sector, at the Automotive Component Manufacturers Association of India (ACMA) annual summit here.

Thakur, however, kept his composure and repeatedly said "Thank you".

Seeking to calm down the atmosphere after the interruption, Thakur said, "If that is the delayed effect (of demonetisation), how do you move ahead from here? How do you go forward?"

"If there is reduction in interest rates after the RBI's recent actions, discounts by companies and many other initiatives by the central government, why the industry is not seeing the same kind of demand?" he questioned.

"The other issue is people are using cabs more or maybe they are looking at other options like electric vehicles (EVs), BS-VI vehicles... What are the main reasons? There could be many reasons for that.

Is it just cyclical?" he asked the gathering. Later on, Minister of State for Heavy Industries and Public Enterprises Arjun Ram Meghwal said that demonetisation and GST were economic reforms which were needed to make India a USD 5-trillion economy.