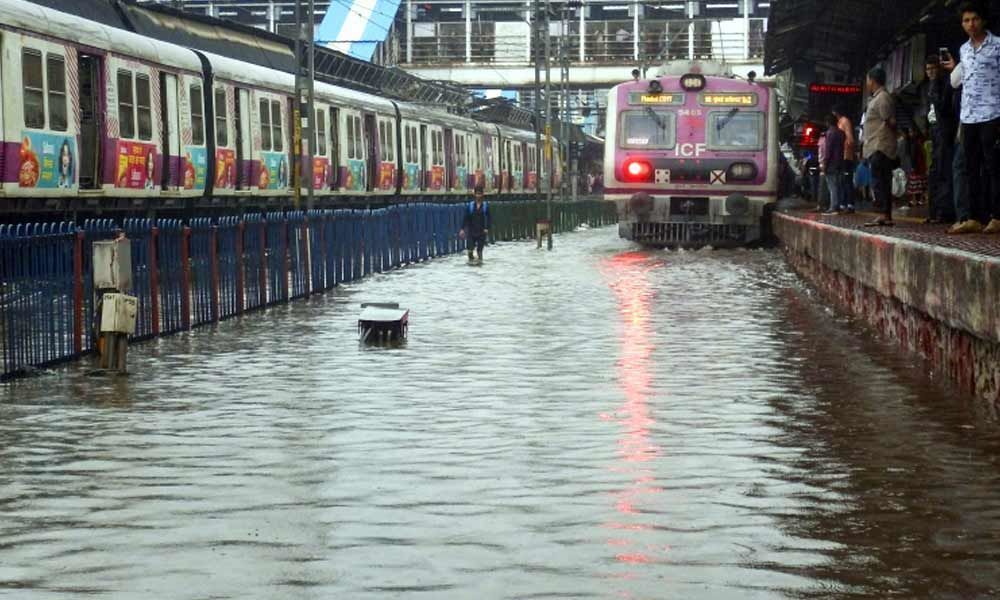 According to a Western Railway (WR) official, the engineer, Harish Rathore, spent nearly 16 hours in flooded water monitoring the water level on tracks between Andheri and Vasai stations.

MUMBAI: A railway engineer's efforts to do his bit to ensure smooth functioning of local trains when the services were paralysed due to heavy rains on Wednesday has earned him praise from Railway Minister Piyush Goyal.

According to a Western Railway (WR) official, the engineer, Harish Rathore, spent nearly 16 hours in flooded water monitoring the water level on tracks between Andheri and Vasai stations and clearing them.

The official said during the downpour, Rathore continuously coordinated with the city civic body to get the drains abutting the railway tracks cleared and accumulated water pumped out.

"Kudos to railway engineer Harish Kumar Rathore and his team who stood in flood water for 16 hrs to ensure the smooth operation of local trains, amid heavy Mumbai rains. A fine example of how railway employees put in all efforts to ensure passenger safety" tweeted Goyal.

On Wednesday, the Kurla fire station recorded 141.97 mm rainfall in just 12 hours while the Santacruz observatory recorded 214.4 mm rainfall during the same period, bringing the country's financial capital to knees.

Inundation of railway tracks and inflow of water from the Mithi river had led to the cancellation of several local trains, delayed flights and slowed road traffic.