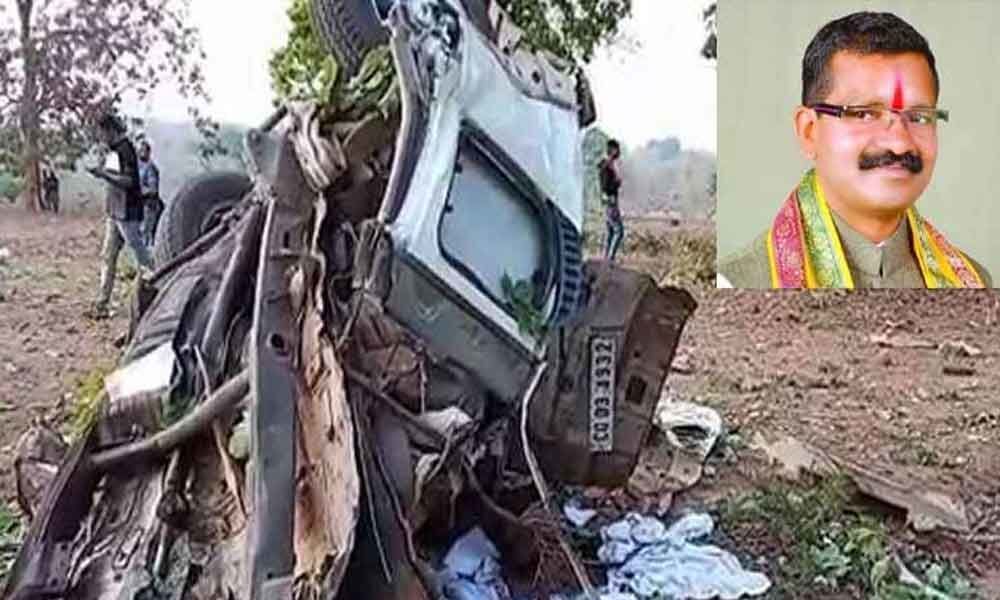 A Naxal allegedly involved in the killing of BJP MLA Bhima Mandavi and four policemen in an IED attack last month, was Friday arrested in Dantewada district of Chhattisgarh, police said.

The rebel, identified as Jivan alias Hemla, carrying a reward of Rs 5 lakh on his head, was apprehended by local police near Dantewada jail here, Dantewada Superintendent of Police Abhishek Pallava said.

After receiving an input by neighbouring Sukma district police that a few Naxal cadres were about to meet their colleagues lodged in Dantewada jail, police swung into action, he said.

On sensing the presence of police personnel, around four suspects tried to flee from the spot. One of them was nabbed, while rest others escaped in the forest, he said.

Hemla, a native of Gangaloor area in neighbouring Bijapur district, was active as in-charge of Chetna Natya Mandli (CNM)- a cultural wing of Maoists and member of Malangir Area Committee, Pallava said.

Maoists have given a 'bandh' call on May 18 in their Darbha division in protest against the alleged fake encounter.

"Prima facie, it seems that Maoists had reached the jail to execute some incidents during their 'bandh' call," he added.

Hemla was allegedly involved in the killing of BJP MLA Bhima Mandavi and four security personnel after blowing up their vehicle with an IED near Shyamgiri village of Dantewada on April 9, the SP said.

After joining the outlawed CPI (Maoist) in 2010, Hemla was allegedly involved in several deadly attacks on security forces, including Cholnar attack in May last year, in which seven policemen were killed in an IED blast, he added.

He was engaged in spreading Maoist propaganda in villages through his cultural team and also looking after recruitment of youth in the banned outfit, Pallava said.