Rahul was, is and will remain Congerss prez 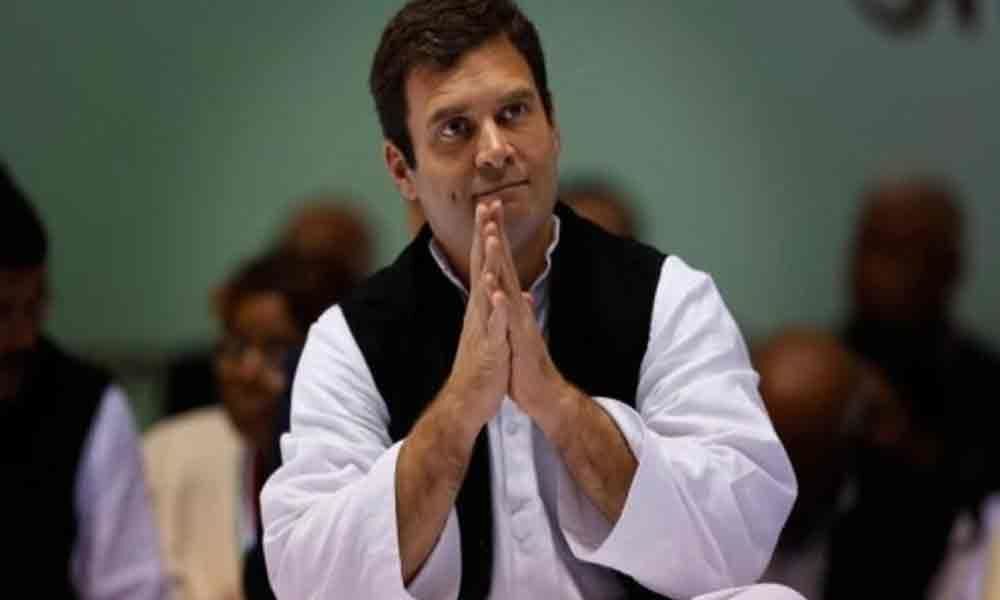 x
Rahul was, is and will remain Congerss prez
Highlights

Rahul Gandhi will remain Congress president, the party said on Wednesday, adding that the Congress Core Committee had been dissolved after the rout in the Lok Sabha elections.

New Delhi: Rahul Gandhi will remain Congress president, the party said on Wednesday, adding that the Congress Core Committee had been dissolved after the rout in the Lok Sabha elections. "Rahul Gandhi is the president and will remain the president," spokesperson Randeep Singh Surjewala told the media after members of the core committee met informally to discuss the coming Assembly elections in Jharkhand, Maharashtra, Haryana and Jammu and Kashmir.

Gandhi, who has said he wants to give up the presidency after the Congress defeat, did not attend the meeting. His mother and UPA Chairperson Sonia Gandhi too did not attend as she is in Rae Bareli, from where she was elected to the Lok Sabha. Surjewala said the Congress Core Committee stood dissolved after the elections.

The meeting on Wednesday of party leaders was presided over by former Kerala Chief Minister AK Antony. Senior leaders Ahmed Patel, Mallikarjuna Kharge, Ghulam Nabi Azad, P Chidambaram, KC Venugopal, Surjewala, Jairam Ramesh and Anand Sharma were present in the meeting. All the leaders present in Wednesday's meeting were members of the core group formed for the Lok Sabha polls.

Rahul Gandhi had offered to quit as party chief during a meeting of the Congress Working Committee on May 25 which was called to analyse the party's poor performance in the Lok Sabha polls, in which it managed to win just 52 seats. The Congress Working Committee had unanimously rejected his offer to quit but Rahul Gandhi was apparently firm on his stand.