Valmiki community to test their destiny by contesting polls 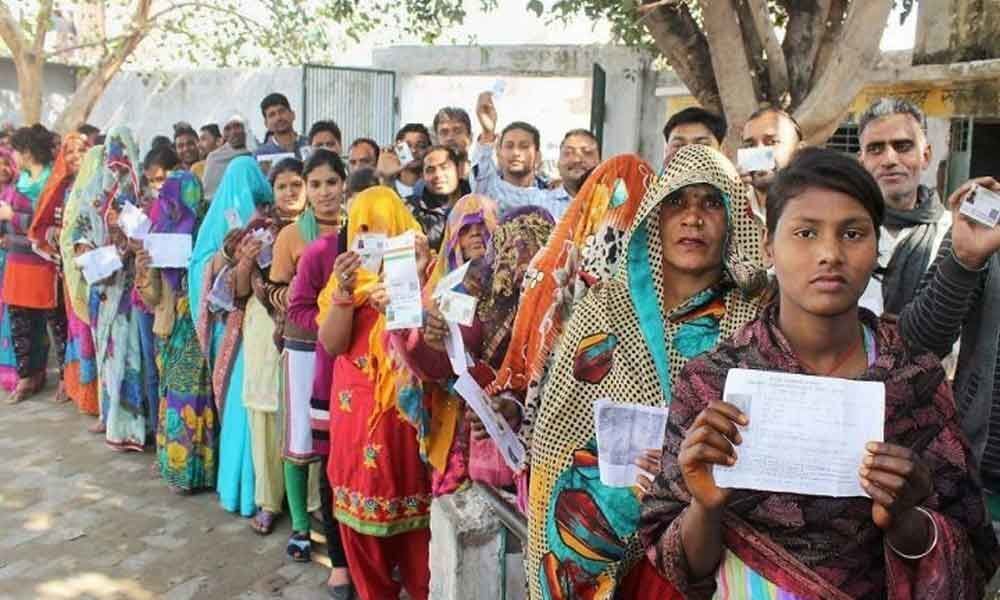 Angered by political parties using the downtrodden as a mere “vote bank”, a Valmiki community organisation in Delhi has decided to enter Lok Sabha polls in Delhi, seeking to take their “destiny in their own hands”.

New Delhi: Angered by political parties using the downtrodden as a mere "vote bank", a Valmiki community organisation in Delhi has decided to enter Lok Sabha polls in Delhi, seeking to take their "destiny in their own hands". Delhi Democratic Alliance, a coalition of activists, trade union leaders, and a few civil society groups working for such communities, have fielded their own candidates ahead of the election, in an "act of defiance" against existing parties.

"We have announced our seven candidates, one of whom is a sanitation worker. Two of the candidates filed nominations on Thursday while two others filed today," said Ashok Agyani, convener of the alliance. "We have entered the election not to challenge any party or candidate, but to challenge the status quo.

We are tired of being treated as a mere vote bank. We are tired of being exploited for political gains by parties," he told PTI. Agyani says, Valmiki community forms a sizeable chunk of voters, about "40 lakh" or "about 27 per cent of all downtrodden classes" in Delhi, and that's why all parties seek to woo us during elections, be it Congress, BJP or now AAP. "But, we are remembered by parties only during election.

No one comes to see our economic condition, or poverty we face at home in raising our family. We were cleaning sewer and garbage centuries ago, we did it during British time, and after over 70 years of Independence, still doing the same," he lamented.

Valmikis belong to the SC community and spread across Delhi, from Mongolpuri to Sultanpuri and Trilokpuri to Tughlaqabad. Deepak Kumar Pihal is a daily-wage sanitation worker in the Rohini zone of the BJP-led North Delhi Municipal Corporation, and an independent candidate of the alliance from West Delhi constituency.

"Our Valmiki community has been treated as 'use and throw' vote bank. We suffer for five years and then politicians come to us seeking votes. Our brothers die in sewer chambers cleaning filth but what happens to their families," he asked.

The 34-year-old sanitation worker says, his community has now "woken up" and decided to defy the big political parties, who "have been exploiting us for electoral gains. But, not anymore. We have lost faith in these parties. And, now we've decided to take the step to end our exploitation, politically and economically. We want to take charge of our own destiny," he said.

Agyani, 49, a trade union leader, alleged that both major political parties in the country at preset are "poonjivadi aur 'manuvadi" (favouring capitalists and upper caste supremacy)". "Why no party talks of dismantling the caste system, and bringing in the real democracy that Babasaheb Ambedkar scripted in our Constitution. Why no strong political will to abolishing manual scavenging," he asked.

"We carry their flags, their cups before elections and after that are made to sit outside. Are we getting proper representation in core committees," he said. Even the party that took "our jhadoo (broom) symbol" has not done what it had promised to Valmiki community, Agyani claimed.

The union leader said, the Valmiki community decided to have its own candidates "not to pose challenge" to anyone but to send out a strong message to the dominant parties and the society at large. "We are not in it to win or lose. We have just entered politics. But, the larger purpose is to tell these parties that we will no longer be befooled by them and rely on strength of our community," Agyani said.

The alliance which was floated in 2018 March has already announced its manifesto and has been holding public meetings across Delhi to leverage support, he said. "We are raising money through voluntary donations from people for our candidates' nominations and fund our campaigning. The response from our people have been positive," Agyani claimed.

The seven candidates also include a person who has multiple degrees in education (East Delhi), besides one of them is from the OBC community and another is a Muslim (South Delhi), he added. "Today, Charan Singh, a Valmiki leader filed nomination from North West Delhi constituency and Munna Lal from Chandni Chowk seat. Our candidates from North East Delhi and East Delhi had filed nominations on Thursday," he said.

Pihal will file nomination on April 22 and Mohammad Shahid on April 23, Agyani said. Pihal said, "We are not fighting elections to gain political clout but to underline our community's pathetic condition. I live in a small house with my wife and son, and support them with my monthly salary of Rs 12,099. And, if I don't go to work some day, my salary for that day will be cut. I don't want my child to be a sanitation worker, I want him to have good education and a good job," he lamented.