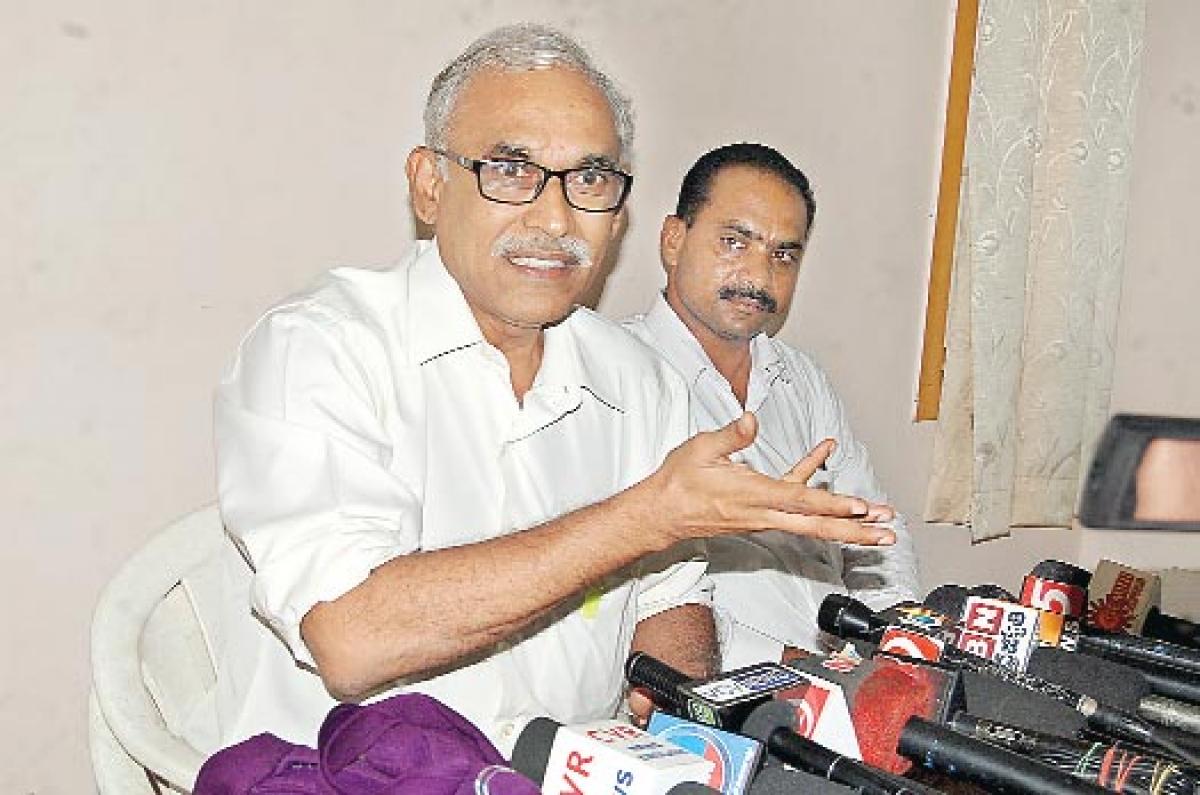 Addressing a media conference here on Wednesday the CPM leader said that both the State and Centre should explain to people on the development achieved during their two-year rule.

Addressing a media conference here on Wednesday the CPM leader said that both the State and Centre should explain to people on the development achieved during their two-year rule.

He criticised the BJP and the TDP for playing double game on the Special Status to Andhra Pradesh.

It was not correct to claim that the Government had asked 16 times for Special Status. If the TDP government did not get the Special Status, what was the use of being an ally with the NDA, he questioned.

The CPM national leader said that Chandrababu’s wasted his time meeting Prime Minister Narendra Modi without any result. Even he failed to get funds from the Centre. The State witnessed no development in two years, he said.

It’s shame on the part of Chandrababu to organise Sankalpam meetings. During two-year tenure, he did nothing for the development of the State Raghavulu lamented.

He stated that Chandrababu had failed to convince people on what he did during the last two years to fulfil poll promises. On the contrary he was making new promises he flayed.