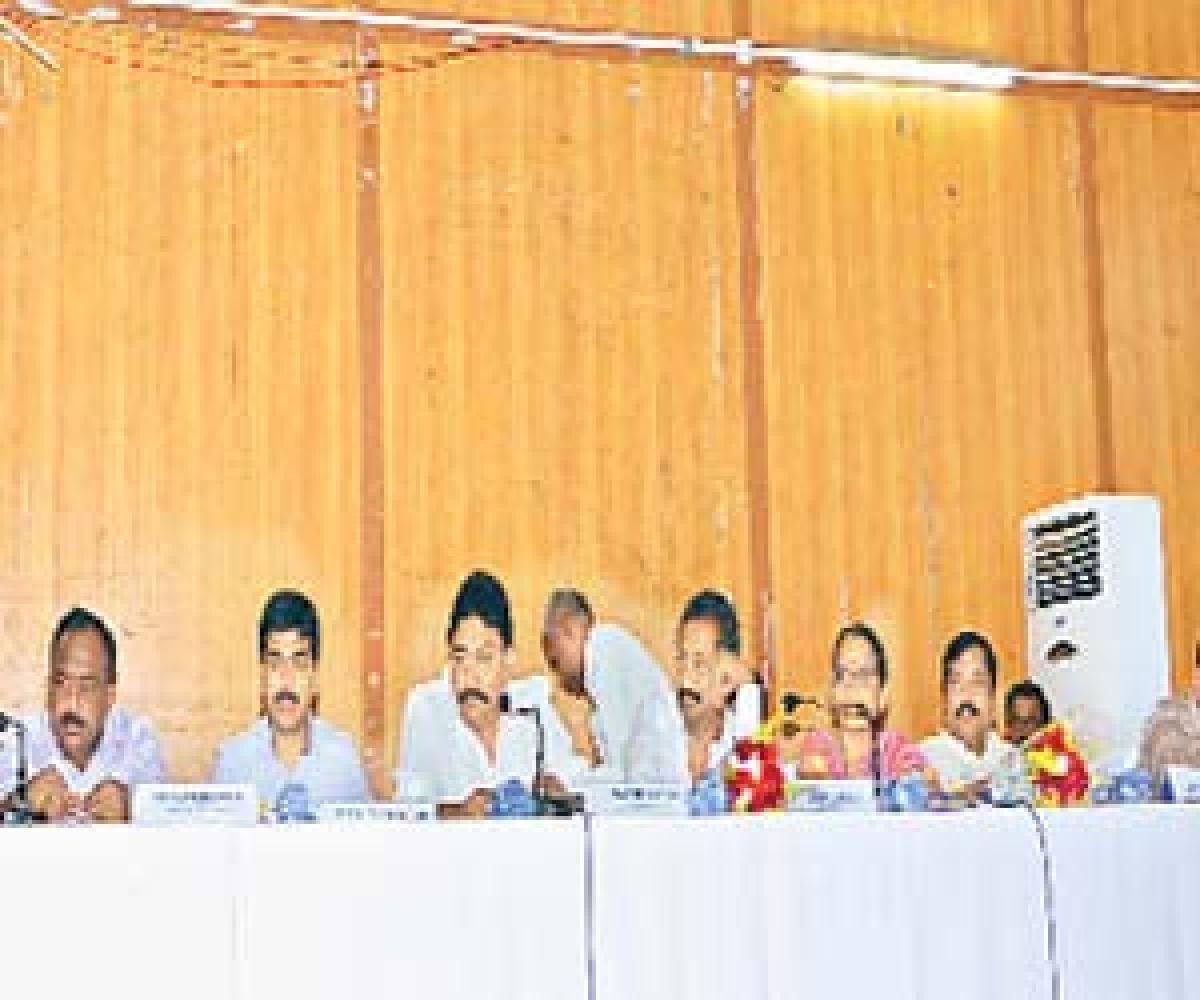 State Legislative Assembly Assurances Committee Chairman P Venkatesh reviewed the implementation of government assurances in the district at a meeting here on Tuesday. Addressing a meeting of district MLAs,

Anantapur: State Legislative Assembly Assurances Committee Chairman P Venkatesh reviewed the implementation of government assurances in the district at a meeting here on Tuesday. Addressing a meeting of district MLAs, MLCs and other peoples’ representatives, Venkatesh said that of the 14 assurances given by the Ministers to the district, 11 had been attended while another 3 assurances are in the process of being addressed.

Addressing the committee members, District Collector Kona Sasidhar said that groundnut is being cultivated in 7.5 lakh hectares and the farmers are on the losing side due to monsoon failing them for quite some years. He said that Rs 572 crore input subsidy had been given to the farmers due to cop failures.

To address the problems of farmers, he said 1 lakh farm ponds with an investment of Rs 600 crore have been launched. “So far, digging of 57,000 farm ponds had been completed,” he added.

The Collector said most of the farm ponds are full of rain water because of recent rains. He added groundwater has been recharged due to the digging of farm ponds. The Collector said that rain guns are also being introduced to come to the rescue of groundnut farmers in the district as the crop needs some moisture for successful cultivation.

The district official stated that drip irrigation received overwhelming response exceeding its set targets and hundreds of village tanks had been de-silted under the Neeru-Chettu programme.

The Collector said that Putluru mandal has emerged as a mandal with highest acreage of horticulture crops raising the income levels of the villagers. Also, farm loan was waived to 8 lakh farmers in the district, he mentioned and said Rs 366 crore of crop loans were given to farmers. Assurances committee members P Sathyanarayana and V Jogeshwara Rao were present. DRO Hemsagar and Joint Collector B Lakshminatham have participated.