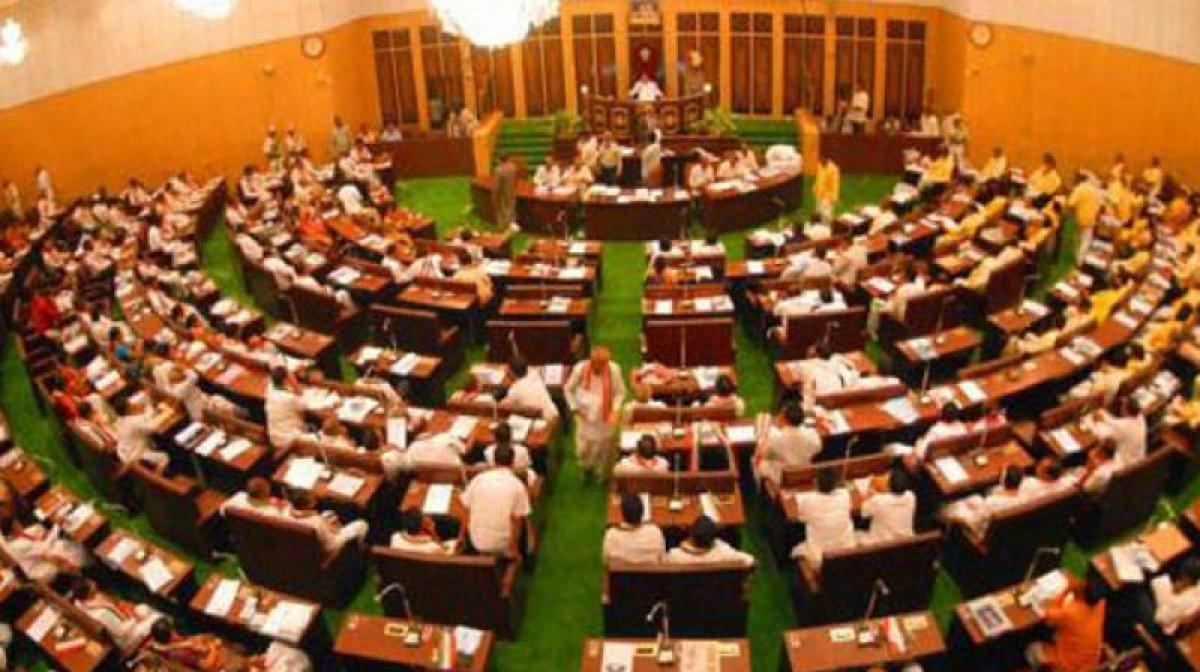 Speaking on the occasion, Chief Minister Chandrababu Naidu said that the Bill is very useful for the state and the Centre.

Meanwhile, the YSRCP legislators staged protests in the Assembly by raising slogans, holding placards and surrounding the Speaker's podium demanding resolution to problems of Chilli farmers.

Reacting to YSRCP protests, Chandrababu criticized the member's indignified behaviour, while the Assembly is passing a prestigious Bill.