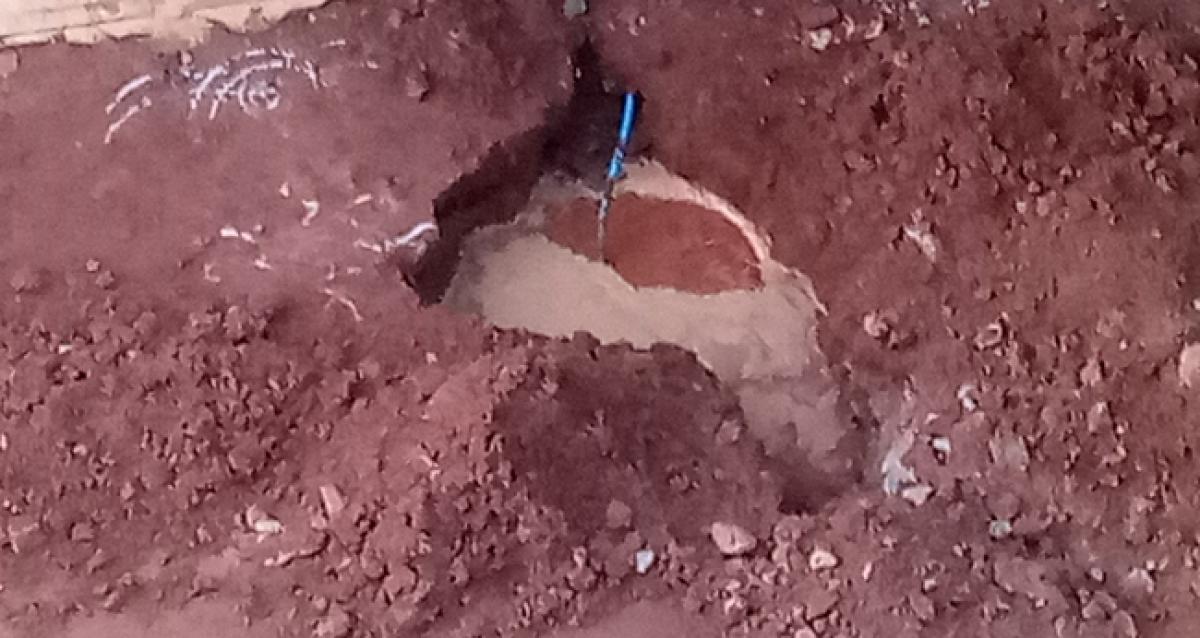 Nellore: City roads become small ponds whenever there is a rainfall giving nightmarish experience to the commuters. Several roads have become unfit to travel due to ongoing underground drainage works and rainwater.

The contractors dig up roads indiscriminately and the officials say that they would take up repairs to roads. But the issues remain unsolved. Only a part of mini bypass road has been renovated in connection with the visit of the Chief Minister last month. But, there is no progress in road works in other areas. Several roads are dig up as part of ongoing UGD and water works in the city.

The contractors simply covered the pits with mud and fly ash which washed away due to vehicle movement and heavy rains. Potholes are giving troubles to the commuters when water stagnates. It may be recalled that the Municipal Administration and Public Health wings have taken up underground drainage and water works at a cost of Rs 1,100 crore.

The mini bypass road from Atmakur Bus Stand to Ayyappa Temple has been facing continuous vehicular traffic where commuters of two wheelers are the worst victims of potholes that pose threat to them.

“Because of loose soil, potholes are becoming dangerous as vehicles are stuck due to mud and water. They have to take help from others to lift the vehicles from the potholes,” said RM Krishna from Pogathota area where huge number of hospitals are located.

Municipal Administration Minister P Narayana informed a couple of months ago that the Chief Minister had sanctioned Rs 350 crore for laying 450-km long roads in the city. He further said that they had sanctioned Rs 50 lakh for development works in the Central Park and Rs 9.9 crore for laying CC roads in Magunta Layout. But, there is no development on the roads due to negligence by contracting agency.

“There is a dearth of funds that has been haunting the works. Mere statements are not solution for the problem. In fact, works should not have taken up without having sufficient allocation of funds,” said an official.