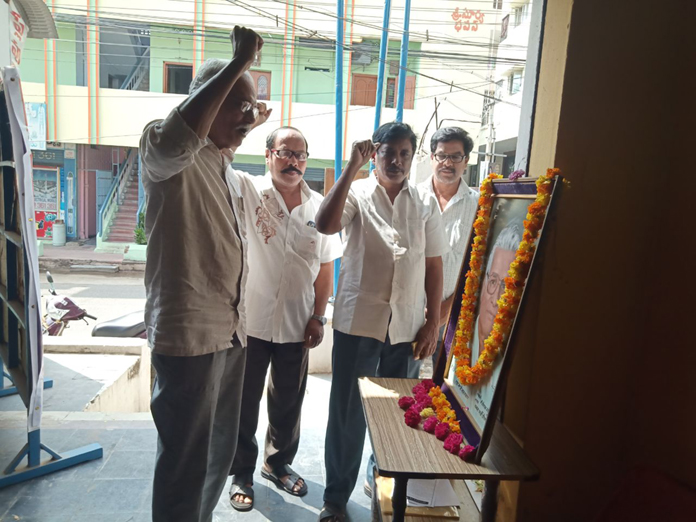 He also said that George participated in every fight in the interest of the people in the country. He recalled that George was elected first time from Mumbai against the investors representative by winning thumping majority and got recognition as Giant Killer.

He said that he strove for protecting the interests of sanitation workers, transport workers. George fought against the railway management and it was still a history in the country.

He also recalled his association that he was founder secretary to Samata party when George established the party for poorer sections. He said that George visited Vijayawada city and participated party programmes.