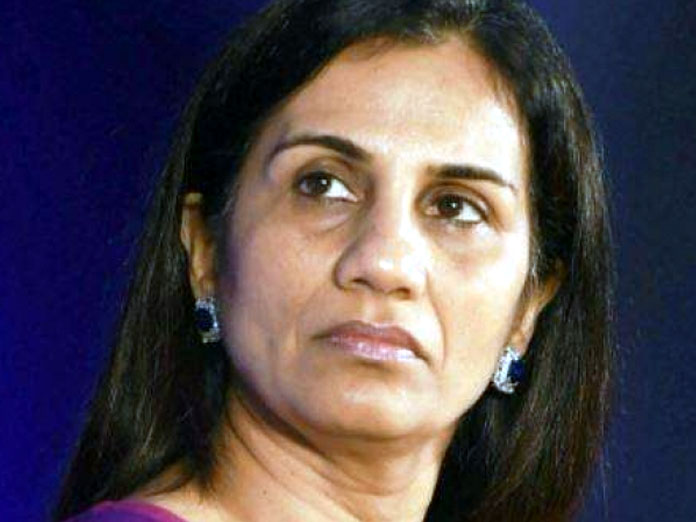 New Delhi: An independent enquiry initiated by ICICI Bank has indicted its former CEO Chanda Kochhar of violation of bank's code of conduct.

The enquiry report submitted by Justice (Retd) B N Srikrishna Wednesday concluded that there was lack of diligence with respect to annual disclosures and violation of code of conduct, on her part.

The board of the bank based on the report has decided to treat her resignation as 'Termination for Cause' under the bank's internal policies.

The CBI on January 22 had filed a first information report against ICICI Bank’s former managing director and chief executive officer Chanda Kochhar, her husband Deepak Kochhar and Venugopal Dhoot, managing director of Videocon Industries over alleged irregularities in transactions between the lender and private entities.

The case has been under investigation for more than a year now and the FIR was also registered only when the senior officials inquired about it, sources in the central investigating agency said.