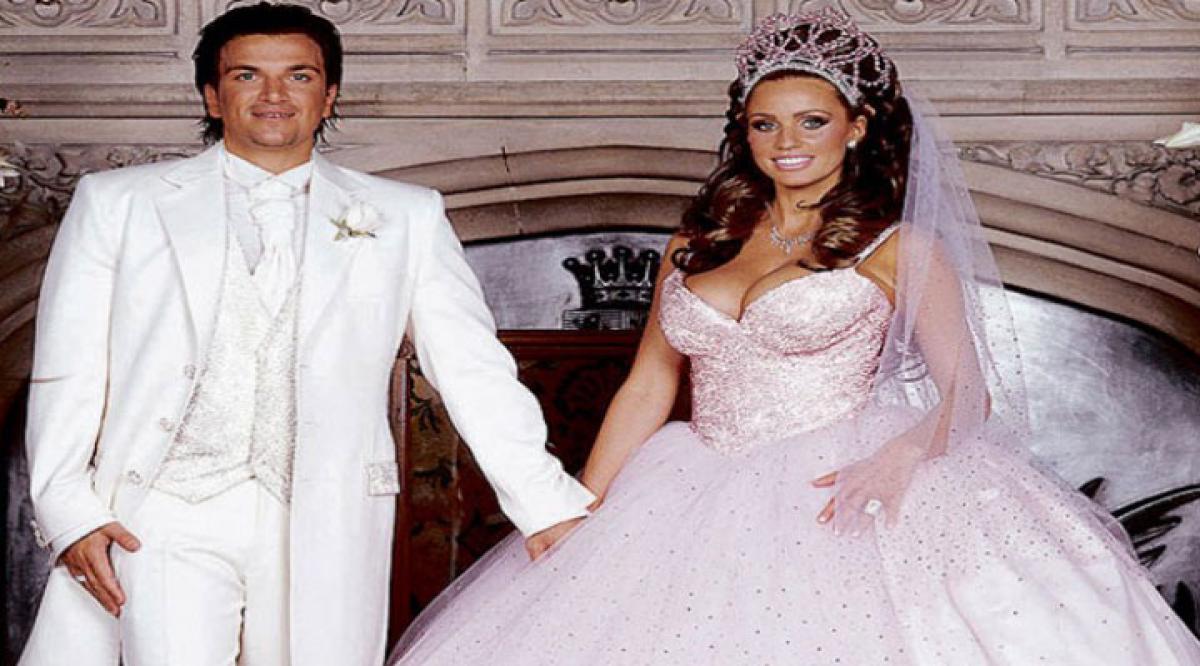 She is trying to sell her glamorous frock, believed to be worn when she married her now-former husband Alex Reid, on ebay, reports femalefirst.co.uk.

The ivory white gown, which features a plunging cleavage and crystal-embellished detailing around the chest, was made by David's Bridal and will fit a small British size 8.

Alongside a photograph of Price wearing the dress on her big day, she wrote in the description: "I have built up a massive wardrobe over the last 10 years and now it's time to sort through it and sell on my outfits. Most I have worn only once and some I haven't even got round to wearing!"

The 37-year-old's decision to get rid of the gown comes just a few days after her second wedding anniversary to her third husband Kieran Hayler, 28.