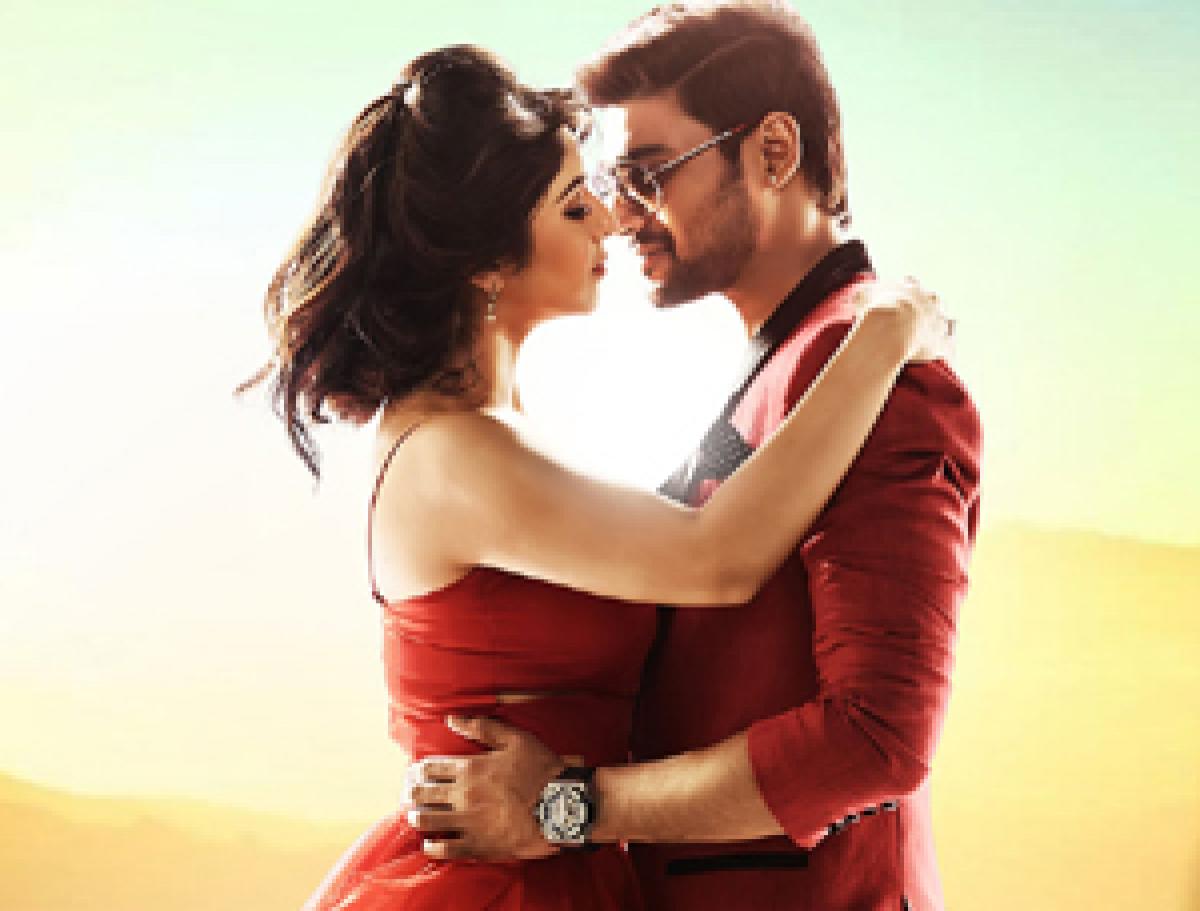 How does a remake specialist, whose 10 ventures out of 11 have been other language imports into Telugu cinema, heighten the image of a big-time producer son whose first film did reasonably well? The answer is simple.

How does a remake specialist, whose 10 ventures out of 11 have been other language imports into Telugu cinema, heighten the image of a big-time producer son whose first film did reasonably well? The answer is simple.

Firstly, the hero should be the invincible one and also, as modern trends demand, a man with a human touch. Of course, it is a given that he should be able to dance, fight and emote adequately.

Once this is done and dusted, as the director decides, the Telugu film patrons, condemned to watching atrocious, mind-numbing masala stuff for decades by now are served a ‘please-all’ menu, with all commercial ingredients liberally placed, leaving them indecisive about the kind of film they had been forced to put up. From here on, it is anybody’s guess how the film fares at the cash counters.

With ‘Speedunnodu’, Bhimaneni Srinivaasa Raavu, twists a typical, yet appealing rurban story of the 2012 Tamil original ‘Sundarapandian’ into a routine potboiler. Compelled to lend a stylish, urban chic to the hero’s character onscreen, a contrast from the dhoti-clad Tamil hero who holds his own in a small town, the director superimposes the attitude factor on to Bellamkonda Sreenivas, the hep 23-year-old protagonist.

Re-engineering the framework thus, the film shows the hero as a ‘friendship above everything’ type. He attempts various methods and techniques to play cupid for them, as all of they swoon over the collegian Sonarika Bhadoria, the television artiste-turned-heroine. By now, it is crystal clear that the friendship bond would start getting knocked about from within, as competitors vie with each other for her hand.

The scene gets serious, when one of the gang members gets killed accidentally and the hero takes the blame for the unfortunate incident. How he goes about clearing his name, improving his image in the eyes of his future father-in-law and manages the goofy friends and sticky relatives to bring the girl home to mother is the rest of the story.

In what is a tiresome, ridiculous trend gaining currency in local cinema – piggybacking on successful star reputations to woo their committed fans– Sreenivas too is shown as a Pawan Kalyan fan, with his pals mimicking the maverick hero time and again. In spite of this, leaving nothing to chance, the film ends with clips of its audio release function, clearly a desperate attempt to shore up a routine production with predictable twists and turns.