Record collections for Theri at US Box Offices, close to Enthiran, Lingaa revenue 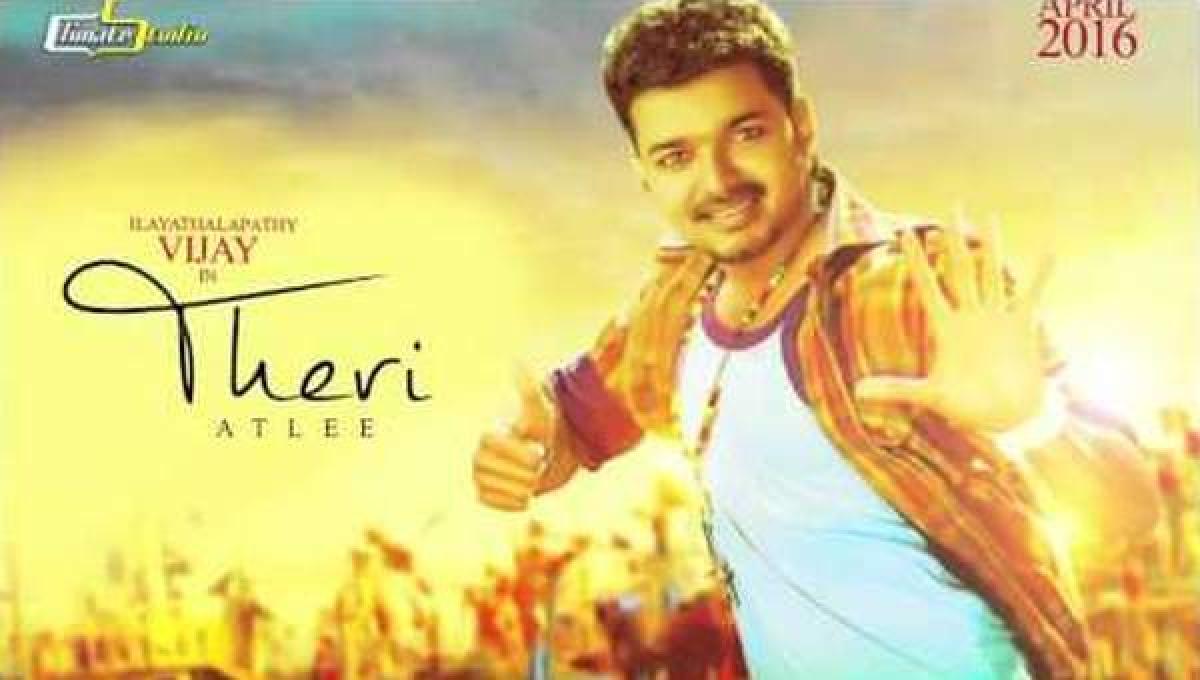 Tamil superstar\'s Vijay\'s latest outing Theri has registered a record opening of $251,123 from premiere shows in US, making it the third best after Rajinikanth\'s Enthiran and Lingaa.

Chennai: Tamil superstar's Vijay's latest outing "Theri" has registered a record opening of $251,123 from premiere shows in US, making it the third best after Rajinikanth's "Enthiran" and "Lingaa".

Buoyed by the response, the film's North America distributor CineGalaxy Inc feels the film is the perfect New Year gift for audiences.

Atlee-directed "Theri" released worldwide on Thursday on the occasion of Tamil New Year, while it had its USA premiere on Wednesday.

In an official statement, the distributor revealed that the film minted $251,123 from Wednesday premieres in USA.

The film, which is about the relationship between a former police officer and his daughter, also stars Samantha Ruth Prabhu and Amy Jackson.