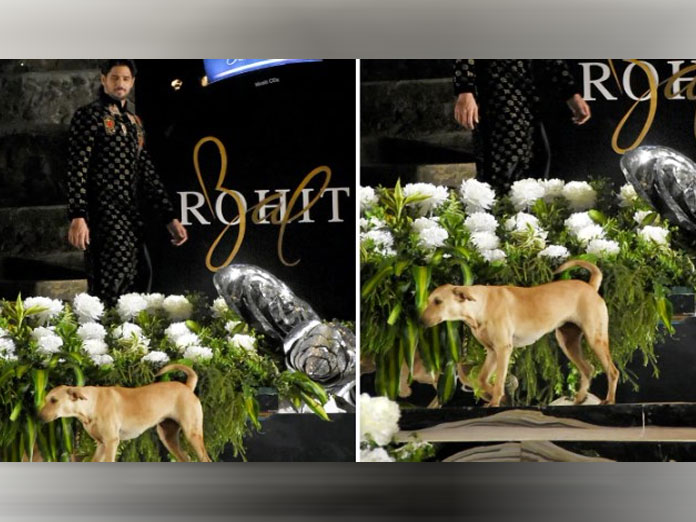 The noted animal lover Sidharth Malhotra and Diana Penty looked royal and dapper as they walked the ramp, but the real show-stealer was a stray dog, which stumbled upon the ramp walk and did his bit on the runway.

As Sidharth Malhotra made his way to the runaway, a stray local breed dog stumbled on the stage, looking for food. As the old saying goes the show must go on and indeed it went on. The models and actor’s completed their walks without hurting or disturbing the animal. Eventually, it jumped into a nearby bush, not before the entire fashion aficionados were left in splits after seeing it nail the catwalk.

Sharing his experience walking the ramp for designer Rohit Bal at Blenders Pride Fashion Tour, Sidharth said, “I think it was a really good show. I would say at least for men, he is one of the best designers we have in our country. He is designing a different style of clothes from many years. I think the kind of royal, regal and masculine touch he brings to his collection is really commendable”

Talking about Simmba success, Sidharth said, “I recently watched ‘Simmba’. It’s really good and rocking film. I want to congratulate entire team of ‘Simmba’ because the film is doing really well. I think Rohit Shetty and Ranveer Singh have done great work in it”

Sidharth Malhotra next will be seen onscreen in ‘Jabariya Jodi’ opposite Parineeti Chopra and in ‘Marjaavan’ along with Rakul Preet Singh, Riteish Deshmukh and Tara Sutaria.